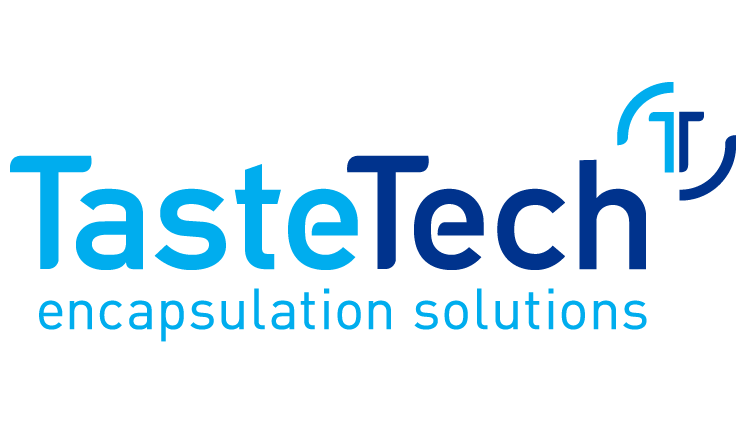 For over 25 years TasteTech has been developing innovative, high quality encapsulated flavourings and ingredients designed to extend chew-time and improve taste.

People have been chewing natural gum for thousands of years, but it was not until the 19th​ Century that the first commercial gum was introduced. However, the world had to wait until the 1950s before sugar-free gum became widely available but by 2016 sales had surpassed 400m kgs worldwide.

The art of creating high-quality, long-lasting, flavoursome, sugar-free chewing gum is not easy. Whether stick, dragee, compressed, centre-filled or tablet, there are complexities associated with each one. This is why chewing gum design, creation and manufacture remains a very specialist skill to this day. TasteTech’s encapsulation technology has been designed to assist gum manufacturers worldwide with the solutions to many of these problems.

So, how does one go about creating great sugar-free gum? There are several key ingredients to take into consideration –

Normally sorbitol or isomalt. This will make up the bulk of the gum and be used to get the formulation up to 100%. If you reformulate and add extra powders i.e. spray dry or encapsulated flavours, acids and sweeteners, you would need to reduce the amount of bulk polyol.

Normally maltitol syrup which helps soften the gum and is often the only source of water in the formulation.

Soy or sunflower lecithin is normally used to stabilise the interactions between the water-soluble and water insoluble components.

Liquid flavourings are widely used in chewing gum manufacture, as they are cost effective and freely available. Liquid flavourings bind to the gum base and a portion of it will be thrown away with the spent gum, creating waste. TasteTech’s flavour8 locks the flavour oil up, stopping it from binding with the gum base until it is activated when chewed (releasing with moisture and shear). This produces the same type of high impact flavour but with less wastage, as most of the volatiles are released in the mouth. One of the additional benefits that come from encapsulated flavourings such as flavour8 is the volatiles are protected throughout manufacturing and storage, resulting in a more stable product that retains more of the essential flavour components at all stages of production.

If liquid flavours are not being used, medium chain  triglyceride (MCT) oil has great shelf life stability and can be used to soften the gum.

As sugar is not being used this is the main source of sweetness in the gum. Only small amounts of HIS are needed as they are very potent, however as they are highly water soluble, they can quickly be lost and once sweetness is lost, so is the perception of flavour. So, extending sweetness by encapsulation is one of the most effective ways of increasing perceived flavour and chew time.

Food acids are very important in producing a realistic fruit taste and extending perceived fruit flavour. Similarly to HIS, food acids are highly water soluble but can be encapsulated in order to have a prolonged effect.

It may be logical to think that to make the gum taste nicer for longer we simply include more key ingredients such as sweeteners, acids and flavourings. However, this is not cost efficient and could have a negative effect on the consumers perception of the gum, especially by overdosing the initial impact of sweetness and aroma.

Another issue of overdosing ingredients in gum manufacture, is that whilst our sensory organs are sensitive to change at low concentrations, they are relatively insensitive at high concentrations. For example, we may notice the difference between a 10g/L and 20g/L sugar solution but the same increase of 10g/L added to an already very high dose of 500g/L would likely to be undetectable.

To optimally delay sensory adaptation and provide cost effective use of ingredients, TasteTech recommend the use of various encapsulates to modulate the release profile and avoid overloading the senses, keeping the perception in the optimal region.

The use of fine particles such as those found in the Matrix system is particularly important in gum as this will provide a smooth texture and allow an even distribution of flavour, acid and sweetener.

Additionally, as many of the active ingredients are hydrophilic, such as HIS and citric and malic acid, the use of a hydrophobic fat-based barrier will slow the release of these active ingredients as the gum transitions from a water insoluble gum base phase to a water soluble / sugar alcohol phase.

An example of how encapsulated and unencapsulated sweeteners perform differently is shown in the graph below which is taken from one of several chewing gum studies conducted by TasteTech.

In chewing gum there is a requirement for both burst and sustained release flavour technology to create premium quality gum products which give a strong, up-front flavour but also ensure a long-lasting chewing experience.

TasteTech’s flavour8 Encapsulation Technology is designed to provide an incredibly high-impact, fast releasing flavour experience which immediately engages consumers with the desired effect. When coupled with Matrix Particle products the taste sensation can be very powerful.

Manufacturers are often focussed on developing new flavours and textures which offer a memorable consumer experience incorporating personalisation during consumption. This recent change in demand does pave the way for unlimited flavour combinations which include the traditionally popular types such as Spearmint, Peppermint or Strawberry being coupled with complementary flavours like Lime & Mint, Cinnamon & Strawberry, Fruit & Menthol.

The addition of encapsulated flavourings such as menthol for cooling and cinnamon or capsicum for heat can give an interesting delayed ‘Twist’ to a conventional flavour. With TasteTech now manufacturing a range of synthetic L- menthol powders it has never been easier or more cost-effective to harness the cooling effects of menthol without the traditional challenges of processing or price fluctuation.

In recent years there has been an increasing focus on creating all-natural chewing gums which brings its own challenges as natural gum base requires quite considerable flavour masking. Encapsulated and burst-release natural flavourings are widely available from TasteTech along with encapsulated acids and new Matrix Particle encapsulated Stevia – providing manufacturers with all the tools necessary to create premium quality, natural, chewing gum.

Another trend is the increasing popularity of multivitamin and energy gums. There are now a host of products on the market designed to deliver the effects of active ingredients such as vitamins, minerals and stimulants such as caffeine. However, the inclusion of these ingredients brings great challenges in that they often have unpopular aftertastes. TasteTech has encapsulated active ingredients such as caffeine and vitamin C to mask unwanted tastes. When coupled with the introduction of sustained release Matrix flavourings the results can be striking.

Everything you need for longer-lasting gum​

To make the use of encapsulation technology as simple as possible, TasteTech has introduced a Chewing GumKit which demonstrates all the advantages of its burst-release and control-release technologies in both stick and dragee gum.