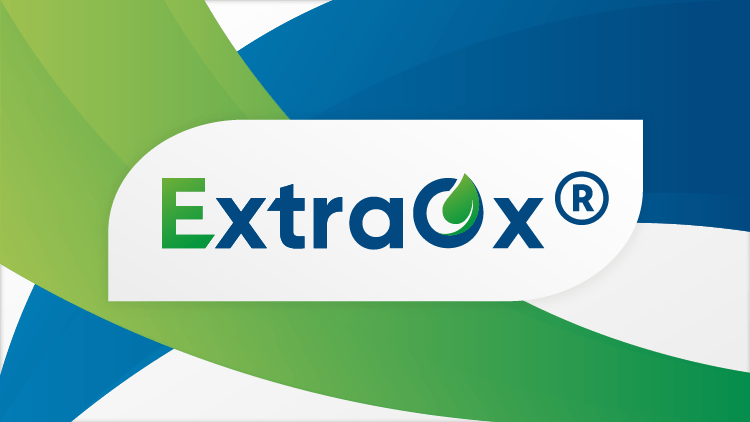 Emulsion based fat products, such as margarine, are subject to strong oxidative deterioration.

Due to the presence of the aqueous phase margarines are much more susceptible to oxidative deterioration compared to pure oils and fats. In order to stop oxidation and prolong shelf-life, it is common practice to add antioxidants to margarine composition. Consumer driven market trends lead many producers towards considering “natural” and “clean label” ingredients, specifically in relation to the use of natural antioxidants. However, most of the natural antioxidants such as vitamins and plant extracts, have lower antioxidative activity in fats than synthetic antioxidants.

Consequently, in order to prevent oxidation and retain “clean label”, manufacturers must use higher dosages or concentration of expensive natural components. This results in higher manufacturing costs and, in some cases, altered organoleptic properties of the finished product. Due to these issues, there is a growing demand for new forms of antioxidants to provide the market with adaptable, natural and cost-effective solutions. Aquanova Rus is proud to offer ExtraOx - a lineup of micelle encapsulated products that combine various forms of water- and fat-soluble natural antioxidants with preventive oxidation properties in lowest possible dosages.

What are​ the micelles?​

Micellization is a method of encapsulating bioactive substances (both liquid and powder) in an amphiphilic colloidal solution micelle with a size of 30-100 nm. The main advantage of this technology relies on micelles’ encapsulation properties that allow them to combine, preserve and carry various active substances without changing their physical and chemical properties under various external pressures and influences.

For example, ExtraOx micelles are able to encapsulate a true antioxidant such as fat-soluble tocopherols in combination with water-soluble ascorbic acid, that will act as a synergist to tocopherols during the oxidation process in the finished product.

Additionally, due to micelles’ amphiphilic properties, ExtraOx solution is both fat- and water-soluble and can be easily introduced into emulsion products through aqueous and fat phases of the manufacturing process.

The research below offers the comparative assessment of the antioxidant properties exhibited by a mixture of ascorbic acid and mixed tocopherols in micellized and native forms in margarines respectively.

Antioxidants in their native and micellized forms were chosen as subjects of this comparative study to test oxidation rates in margarine with 82% mass fat:

Samples of margarines were obtained using “Stephan UMС 5” laboratory unit. Antioxidants were added to fat and/or aqueous phase of the margarine production respective of their solubility. Mixed tocopherols in native form and ExtraOx      ​​MTA 0113 were added to the fat phase, ascorbic acid in native form was added to the aqueous phase. The margarines were placed for storage during 10 months at 23±3°С in sealed containers. The peroxide value (PV), mEq. of active oxygen per kg, of the margarine fat phase was determined using the titration method, while the p-anisidine value (AnV), unit, was determined by spectrophotometry according to standard methods.

The following concentrations of ExtraOx MTA 0113 were used in margarine: 0.15%, 0.02%, and 0.03% mass. The best results were shown on ExtraOx MTA 0113 with a dosage rate of 0.03%. It will be described further in this report. ExtraOx MTA 0113 with the concentration of 0.03% mass. contains 39 mg/kg of ascorbic acid and 13.5 mg/kg of mixed tocopherols. Antioxidants in their native form were added in the amount equivalent to the corresponding concentration of the active substance in the micellized form (labeling of the samples, respectively: АA+Т 0.03%). Margarine without antioxidants was used as a control reference.

The accumulation of primary and secondary products of fat oxidation during storage of margarine samples by measuring PV and AnV in its fat phase can be seen reflected in the following graphs.

The AnV trend in the samples with ExtraOx MTA 0113 was similar:

It was determined that the introduction of ExtraOx  ​​MTA 0113 into margarine most effectively slows down the formation of oxidation processes when compared to the equivalent concentrations of tocopherols and ascorbic acid in their native forms. It has been proved experimentally that the use of a micellized combined form of tocopherols and ascorbic acid prevents oxidation more efficiently and allows for better extended shelf-life of the finished product than native forms.