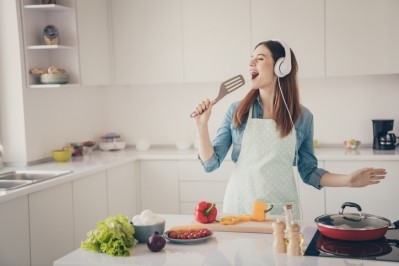 Want to sell healthy eating? Try turning up the jazz

Certain types of music can nudge consumers towards healthier eating, a study has suggested. 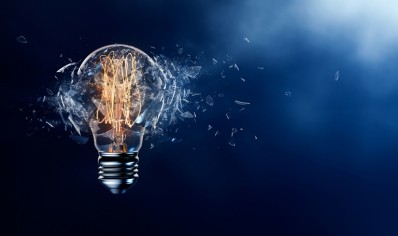 ‘A different approach to innovation': Putting science, regulation and nutrition at the heart of NPD

Technical expertise in areas like nutrition, science and regulatory affairs is increasingly shaping early-stage food and beverage innovation, according to Leatherhead Food Research. 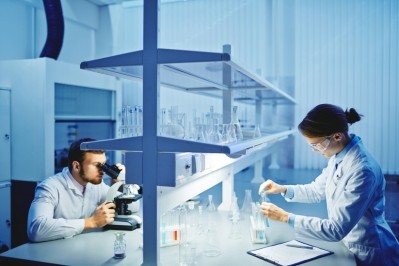 From lab meat to vertical farming: How Europe’s rejection of GMOs can help science in food

European regulators and consumers have been steadfast in their rejection of genetic modification in food. The idea of ‘Frankenfood’ has been a potent symbol of the bloc’s resistance to scientists ‘meddling’ in food production. But are there any lessons... 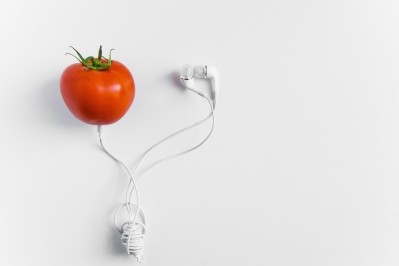 Could music hold the key to discovering healthy food that tastes good? 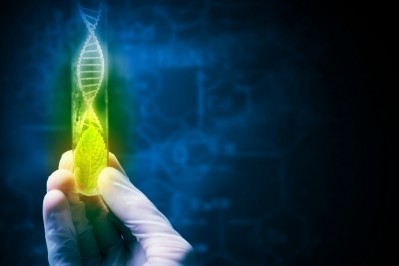 Scientists have finally cracked the DNA sequence code of wheat, which will undoubtedly revolutionize how the world's most important crop can continue to feed a growing global population and, more importantly, alleviate the suffering of those with... 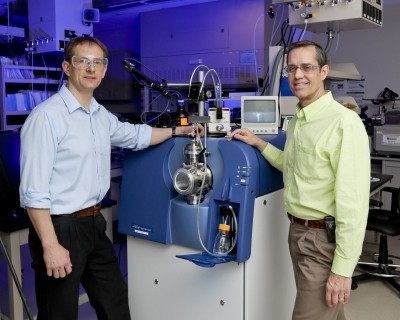 SCIEX and the US Department of Energy's Oak Ridge National Laboratory (ORNL) have signed a licensing agreement for technologies around analytical chemistry equipment. 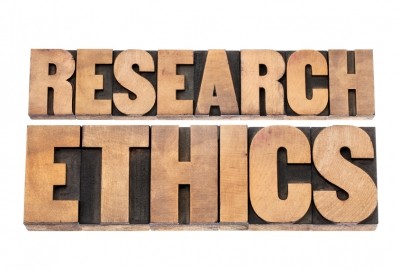 Is 'robust and transparent' research possible when industry and scientists collaborate?

The European food industry has published voluntary research principles to ensure robust and transparent science – but questions remain over how they will be put in place and enforced. 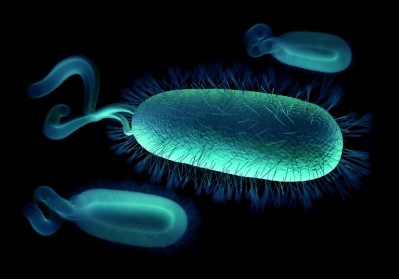 Anivax and the University of Arizona have signed an agreement to license a Campylobacter food safety vaccine. 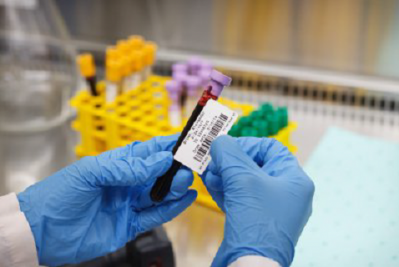 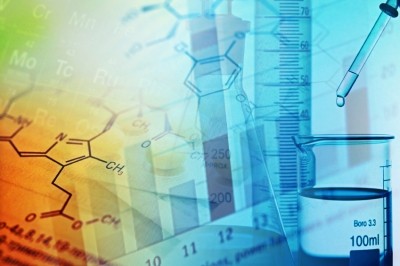 Trivial scientific information presented on packaging in the form of graphs or formulas can lead consumers to believe a product is more effective, according to new research. 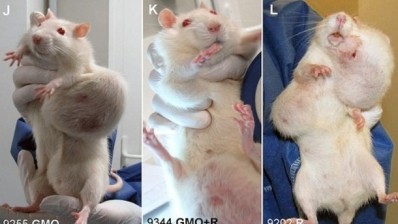 The long running controversy over the Séralini study linking Monsanto GM crops and herbicides to cancer took a fresh twist today as the widely criticised article was republished in a second journal. 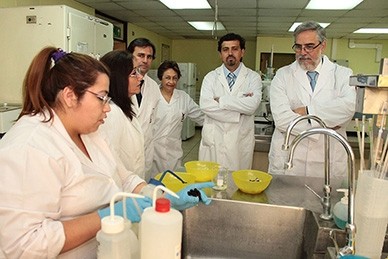 A department of the Universidad de Santiago has been certified to run scientific tests in chemistry and microbiology. 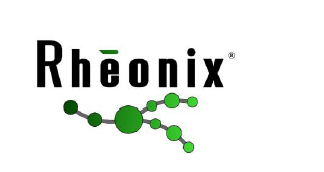 Rheonix has received a $500,000 grant to expand its pathogen detection system from the evaluation of recreational water to detection of pathogens in food and beverages. 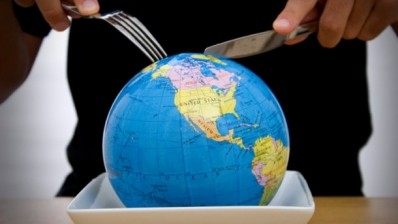 A 'groundbreaking' new report from an alliance of more than 50 nutrition experts and NGOs has identified three key areas of focus in the global battle against malnutrition. 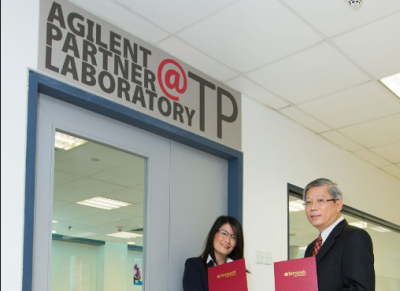 Agilent Technologies has partnered with a polytechnic to open a laboratory and help small and midsize enterprises maintain strict safety and quality standards. 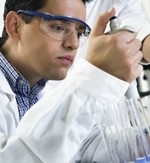 Separating food science from food fiction is the aim of a free live webinar to be staged on Thursday, January 24, 2013. FoodManufacture.co.uk has teamed up with the Institute of Food Science & Technology (IFST) to help move the debate about challenging... 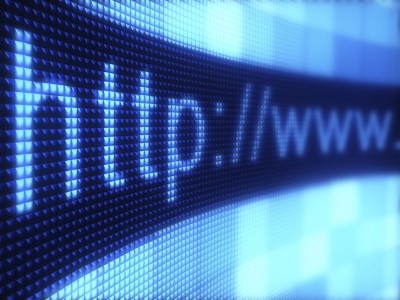 Researchers are developing a Wikipedia-like information platform that aims to translate scientific research into information the food industry can use to spur innovation, according to ttz Bremerhaven project manager Annika Gering. 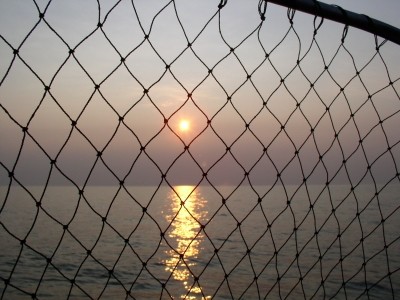 The 20 most significant food inventions of all time

The Royal Society, the UK's national academy of science, has issued a list of what it considers to be the 20 most significant inventions in the history of food and drink.

Cornell and University of Hawaii researchers are seeking volunteers to test foods that could be used on a future mission to Mars.

Researchers at the University of Georgia are exploring whether rosemary or black pepper could tackle mental fatigue as part of a series of studies financed by the McCormick Science Institute. 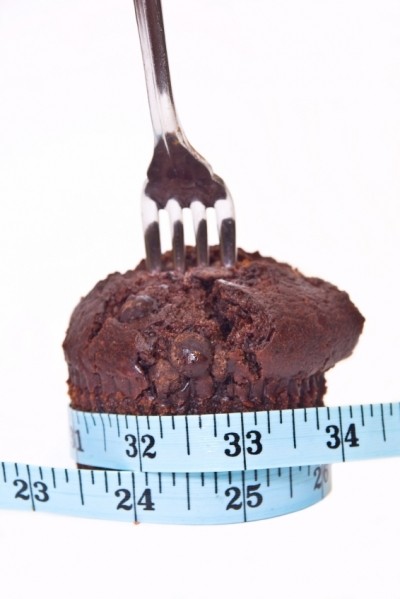 A review of the scientific literature does support the potential of non-nutritive sweeteners to aid weight loss, says a consultant and author of a published meta-analysis.

Hans Tromp has been appointed as associate professor of colloid chemistry at Utrecht University, a role he will conduct alongside project management work at NIZO food research.

New opportunities for food scientists are expected to open up in 2010, according to a recruitment specialist, as the sector has weathered the recession relatively well and is taken advantage of the pool of job-seeking talent.

The German science organizations on green genetic engineering has criticised the country's government for the ban on Monsanto's MON810 maize, noting that a ban on one crop will damage all GM in the country.

Nutrition studies of beverages funded solely by industry are four
to eight times more likely to report favourable conclusions for the
sponsors than studies with no industry funding, say researchers
from the US.

CSIRO has developed a new experimental wheat variety with the
potential to provide benefits in the areas of bowel health,
diabetes and obesity.

The business of food safety

One cannot envy the chief executive faced with a scientific study
that casts doubt over the efficacy or safety of his core product.
But avoiding a sales slump, media vilification and even charges of
fraud means squaring up to such...

The food and agriculture organisation of the United Nations (FAO)
has launched an initiative to help students, researchers and
scientists from developing countries gain free and low cost access
to scientific literature

In a bid to reduce the lead time to bring innovations to market
French ingredients supplier Rhodia will invest in a brand new
laboratory in Bordeaux, the company announced this week.

Food scientists that fit the bill

We take a look at the freshly elected officials for the 2003-2004
season at the American Association of Cereal Chemists (AACC) - to
be inaugurated at the organisation's annual meeting later this
month.

Brand names have a unique impact on our brains and engage the
"emotional", right-hand side of the brain more than other words,
new experiments suggest. They are even more easily recognised when
they are used in capital letters,...

European food research institute NIZO is to host a conference that
aims to present the most recent developments in dairy technology
and will focus on the relationship between food texture and taste
and new and advanced process technologies.

Experts meet to discuss 'over 30' rule

Consumer representatives and experts from the fields of science,
industry and food law enforcement have been appointed to a core
stakeholder group established as part of the UK Food Standards
Agency's review of the Over Thirty...

Food safety experts are meeting in Geneva this week under the
auspices of the WTO to discuss recent scientific findings in Europe
regarding certain foods and acrylamide - a potentially
cancer-causing chemical. Across the Atlantic,...

Increase in refined starch levels may lead to short-sightedness

The food children eat might play as big a role as books and
computer screens when it comes to causing short-sightedness,
reports UK science journal the New Scientist

Boundaries of science were pushed further recently when scientists,
trying to create alternative food sources for astronauts, revealed
that we could grow meat on demand, without slaughtering fish or
animals, the New Scientist reports...

The science journal Nature has published research (10 January
issue) exploring the risks to human health if BSE was present in
the national sheep flock.

Survey to understand needs of scientists.

According to French scientists, Camembert cheese tastes the way it
does because it goes runny when it is ripe.

British government scientists have found that brains from sheep
with scrapie cause symptoms similar to BSE when injected into
cattle brains, the New Scientist...

A chemical found in the pawpaw could help scientists understand how
to treat cancer, the BBC reports.

Maternal diet can influence a babies taste for certain foods,
recent researchpublished in the New Scientist, suggests. A team of
scientists at the EuropeanCentre...

Scientists believe a common liver disease may be caused by the
production of alcohol within the body, the BBC reported at the
weekend. Fatty liver disorder...