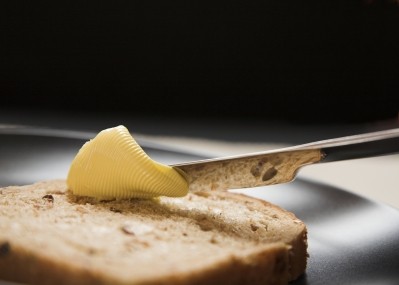 The Danish dairy giant’s half-year results are the latest to illustrate how food and beverage firms have needed to pivot to successfully negotiate the shift in consumer trends amid the pandemic. 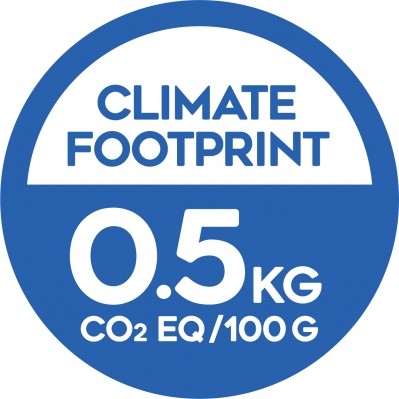 The Amsterdam-based owner of Flora, Blue Band, Stork, Becel, Country Crock and I Can't Believe It's Not Butter! is introducing on-pack carbon labelling to 100 million packs of its margarine and spreads by the end of 2021 in order to “help consumers... 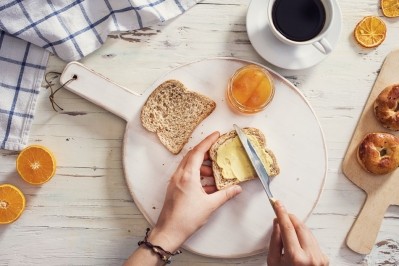 Cornell University food scientists have created a low-calorie butter-like spread that consists of 80% water and minuscule drops of vegetable oil and milk fat, mimicking the look and texture of dairy butter without the use of artificial stabilizers. 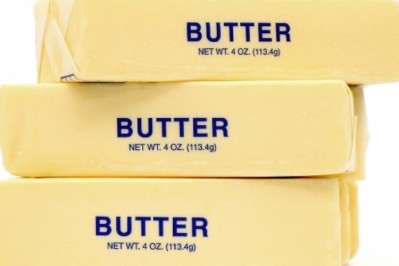 Researchers at the Department of Nutrition, Dietetics, and Food Sciences, at Utah State University have been studying the effect of cream aging temperature and agitation on butter properties. 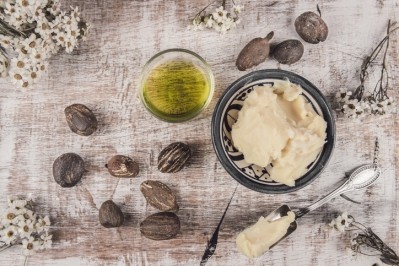 Shea butter in bakery: A healthier and more functional oil than palm? 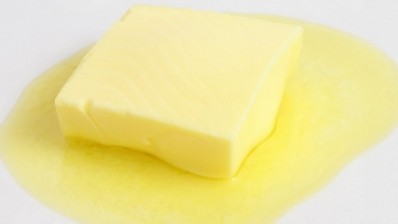 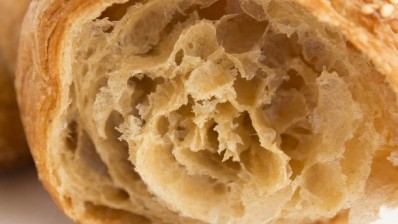 The price of butter has risen sharply in the past year raising concern in the bakery and pastry sector globally. 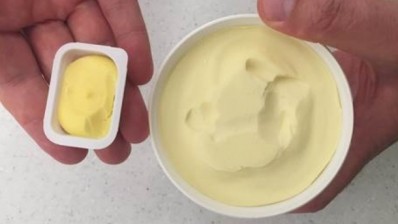 Fonterra’s Research and Development Centre alongside its global ingredients business, NZMP, has developed a new white butter product for manufacturers in the Middle East market. 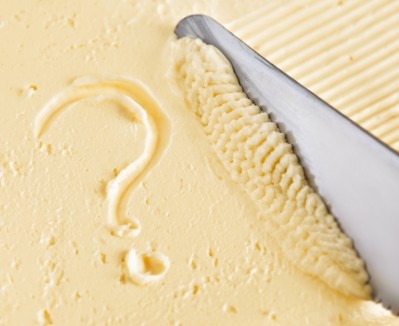 (B)utterly in breach? Ireland cracks down on misleading buttery claims

The Food Safety Authority of Ireland (FSAI) has issued guidance for industry when using terms such as 'buttery' or 'butterly' following complaints that margarine manufacturers were misleading consumers. 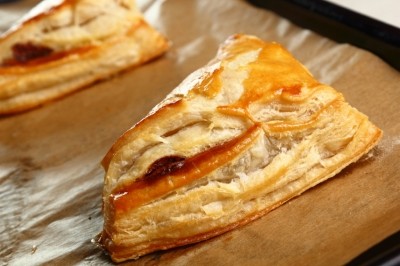 High levels of trans fats in Portuguese foods, especially pastry, are contributing to an increased risk of coronary heart disease, cancer and diabetes, according to a study -  but processed and packaged pastries are not the worst offenders. 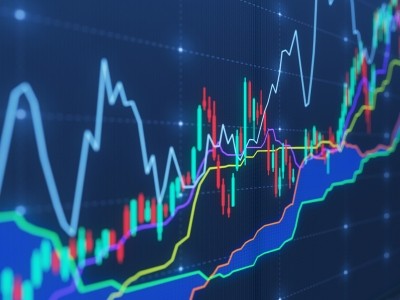 Dutch food group Wessanen has reported strong Q3 results which it puts down to a consumer shift away from ‘Big Food’ towards healthy and sustainable food. 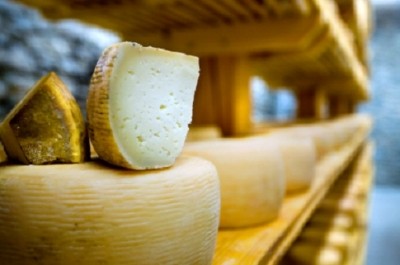 Cheese: The latest piece of the French paradox puzzle?

The body digests fermented dairy products like cheese differently from butter, leading researchers to suggest this may be another reason behind the French paradox. 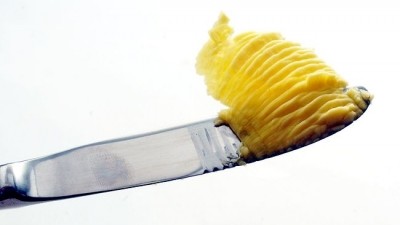 New data from Consensus Action on Salt and Health (CASH) has revealed 'shockingly high and unnecessary levels' of salt in butter, margarine, fats and spreads in the UK market.

The European oils and fats market is worth more than €33bn but is barely growing in value terms, according to a new report from Food For Thought.

R&R Ice Cream is recalling three flavours of a ChokaBlok ice cream products in the UK over fears they are contaminated with fragments of broken lolly stick. 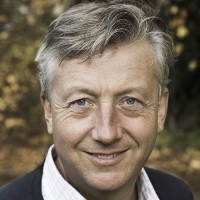 A leading scientist has challenged the European Commission to reconsider its current targets aimed at cutting saturated fatty acids in foods upon the basis of the latest science.

A conference held today in Brussels will examine the issue of saturated fat in dairy products, where scientists and legislators will discuss how public health policies fit with the latest science, and EDA president Dr Joop Kleibeuker told DairyReporter.com... 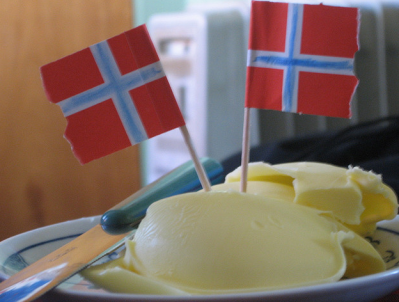 Grease is the word for Swedish butter smugglers…

But it didn’t have groove and meaning for the two men when they were stopped by Norwegian police for trying to smuggle butter into the country.

Speciality ingredients firm Stratum Nutrition has launched a kiwifruit pectin paste it says can replace up to 90% of fats in baked goods and other foods.

Shops in Finland, Sweden and Russian will suffer some ‘scarcity’ of butter supplies for the rest of this year, as leading Finnish dairy processor Valio struggles to meet soaring demand.

Enzyme based fat replacer can reduce fat in bread by 70 per cent, claims Puratos

An enzyme based margarine, butter and oil alternative for bakery goods can reduce the level of saturated and total fat in bread by up to 70 per cent, according to ingredients supplier Puratos.

Strong dairy product and ingredient exports drove an 11% increase in the value of Irish food and drink exports during 2010, according to a new government report.

The corks were flying for National Starch, Chr Hansen, Culinar and Fuji Oil Europe on Tuesday night. But after the hangovers have eased, they can look forward to longer term benefits of winning awards at this year’s FiE.

CSK Food Enrichment has unveiled a new selection of strains to improve the texture and flavour of low fat cheese.

The European Dairy Association (EDA) has hosted a conference to push the case for a rethink of attitudes to saturated fat in advance of proposed tax and public policy changes.

A one-day conference will debate the latest science on milk fat and policy options for reducing – or taxing – the levels of saturated fats on dairy.

Cognis is launching a new blend of emulsifiers to give volume to cake mixes, concentrates and retail mixes that is said to be especially suitable fat containing batters and can withstand vigorous beating.

Ulrick & Short is launching an adapted version of its Delyte F fat replacer for tapioca to reduce the fat content in both sweet and savoury shortcrust pastry.

A new margarine can enable lower saturated fat in puff pastry and croissants, according to developer Romi Smilfood, helping to meet targets for healthier bakery products.

National Starch Food Innovation (NSFI) is launching a new specialty starch derived from tapioca, which is said to enable a 75 per cent reduction on the butter, margarine or shortening used in cakes.

Ulrick & Short is launching an addition to its Delyte range of fat replacers, this time targeting savoury sauces such as carbonara and béchamel.

Maja Foods is introducing a range of natural butter flavours in Europe that are produced using fermentation technology, as it aims to cater to natural flavour needs and the challenges posed by new regulations.

Good things come in small packages. That seems to be the belief of time-pressed consumers in the UK, who are buying more cakes that come in individual packages than five years ago.

Kraft Food Ingredients has introduced a new toasted butter flavor,
which the firm says can be used in a range of applications to
achieve a butter taste without the caloric content.

Danisco is launching a new emulsifier and stabilizer
system for vegetable-based whipping cream, which it says
has benefits compared with both with dairy cream and other
vegetable alternatives.

Butter is making a comeback on lower fat margarine as UK consumers
trade up to treat themselves, but the overall fats market is
shrinking and imported brands are taking the biggest winnings.

The market for fats and spreads in eastern Europe is rapidly
diversifying, whilst rapidly expanding. Furthermore the latest
product launches from the Mintel databases in this segment indicate
that functionality is becoming increasingly...

Butter without the dairy derivative? UK-based company TasteTech has
come up with a 'creamy buttery flavouring' that targets biscuit and
dessert manufacturers looking to tackle the health-conscious
consumer.

Despite a year of protracted low prices together with high stocks
and poor demand the Irish Dairy Board (IDB) reported satisfactory
financial results for 2002 with a turnover from continuing
operations increasing by 1.4 per cent to...

Krest'yanskoe, a Soviet-era brand produced by a number of different
companies, remains the most popular brand of butter in Russia, but
its popularity is coming under increasing pressure from
international brands such as Anchor...