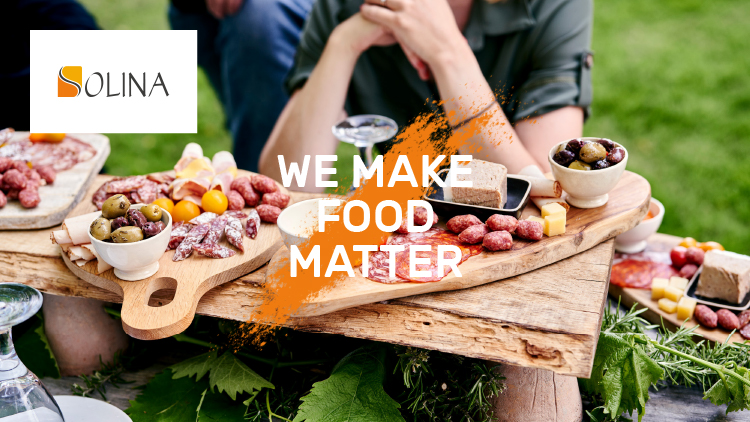 Sensory optimisation of plant-based products is the key to unlocking the potential of new protein foods. While only a fraction of consumers completely avoid animal products, many people are open to making plant-based products a bigger part of their diets if they deliver in terms of taste and texture. The upshot? Manufacturers need to create plant-based products that closely match the sensory profile of the animal protein gold standard to access the critical mass that will drive significant sales.

The opportunity is illustrated by consumer data. A 2021 survey of 7,500 people in 10 European countries found 7% of respondents were vegetarian or vegan.1,2​ While there is evidence veganism is on the rise, it remains niche, with the proportion of people in Great Britain who have completely cut animal products from their diets rising from 0.25% in 2014 to 1.21% in 2019.3​

Food manufacturers have limited influence over the number of vegans and vegetarians. However, they can drive growth of their plant-based portfolios by persuading more flexitarians to buy their products. The 2021 survey found 30% of Europeans are flexitarian. Forty-six percent of the respondents said their meat consumption had declined over the past year. Thirty-nine percent of the respondents planned to further reduce their meat consumption over the following six months.

Taste and texture are the main barriers to getting even more people to switch to plant-based products. A series of surveys going back more than 10 years have shown taste has remained a key driver of buying decisions even as consumers have begun to put more weight on emerging factors such as wellbeing and social impact.4–7​ In the context of plant-based products, the continued focus on taste means the industry needs to closely match the sensory profile of gold standard animal proteins.

The 2021 survey found 84% of consumers are at least somewhat likely to eat a plant-based meat rather than its animal equivalent if the taste and texture are identical. Thirty-six percent of consumers are very or extremely likely to choose the plant-based alternative. Among flexitarians, 49% of respondents said they would be very or extremely likely to regularly purchase plant-based meat if it has identical taste and texture as its animal-based equivalent.

When a new protein food falls short of a consumer’s sensory expectations, they are lost to the sector for a prolonged period of time, with research showing it takes 18 months on average for a person to make a second purchase after being dissatisfied with the taste of a plant-based alternative.

Recognising that sensory optimisation can accelerate the plant-based transition, NEXTERA®, Solina’s subsidiary in new protein food, has worked with an independent agency to analyse how its prototype vegan chicken-like nuggets and fish-like fingers compare to other products.

Professional panellists quantified various aspects of the taste and texture of the products, such as smell intensity, bitter, crispy and juicy, on an intensity scale that ran from zero, very weak, to 10, very strong. The study looked at intensity because, while taste preference varies from country to country, intensity is a more universal, objective measure. For example, some populations prefer saltier food but salt intensity is consistent across borders.

The researchers compared the NEXTERA® applications on the intensity scale to the plant-based nuggets and fingers of leading A brands in the UK, Germany, France and the Netherlands, as well to the gold standard chicken nuggets and fish fingers.

Equally, the vegan fingers matched the fish-based gold standard in terms of properties such as fish flavour, umami, acid, bitter and crispiness.

The performance of NEXTERA® prototypes reflects its approach to off-flavours. Whereas some companies use ingredients such as garlic to mask the bitterness of plant-based proteins, the company neutralises undesirable flavours and only adds aromatics when they are part of the taste profile of the gold standard animal protein product. In the nuggets and fingers, the focus on flavour neutralisation led to products with low bitterness, acidity and vegetal taste.

Through the independent analysis, NEXTERA® learnt that its creations are better positioned than the market-leading vegan products to provide the meat-like taste and texture that is vital to persuading flexitarians to choose new protein foods. Reflecting its drive for continuous improvement, the company will now use the feedback to further optimise the sensory properties of the products and thereby enable widespread consumption of meat and fish alternatives.

Iterating to optimise the sensory profile

NEXTERA® is well equipped to use the feedback to perfect its plant protein ingredient compounds and, therefore, to directly enhance the taste and texture of its numerous concepts and customer prototypes. Having invested in a pilot plant, the company can run five trials a day on a range of extrusion technology equipment, enabling it to quickly iterate toward the optimised sensory profile.

The pilot plant is part of the company’s end-to-end capabilities in new protein foods. Building on the strong protein heritage of Solina, NEXTERA® scans the markets for trends, with a focus on local taste preferences, and tasks its scientists, engineers, chefs and dieticians with turning them into commercial concepts at its culinary kitchen and pilot plant. The assets support a full-service offering spanning raw material selection, processing technology wisdom and guidance, prototyping, culinary support and more.

Companies and brands that partner with NEXTERA® for plant protein compounds and access to end-to-end services benefit from its concept-to-launch approach and deep experience of the savoury food industry. Supported by the capabilities, companies can create plant-based products that match the taste and texture of the animal protein gold standard and thereby potentially persuade millions of flexitarians to switch to new protein foods.