The scientists, led by Dr Hui Xu of the School of Public Health of Qingdao University, analysed data from the National Health and Nutrition Examination Survey 2007 to 2014. A total of 16,807 adults aged over 20 years old were included in this study.

Dose-response analyses found that the risk of depressive symptoms was associated with total fibre intake in a nonlinear manner, whereas the relationships were linear with cereal, vegetable, and fruit fibre intakes.

“Our study suggested that intakes of total fibre, vegetable fibre, and fruit fibre were inversely associated with depressive symptoms,​” the researchers noted.

Further larger prospective studies are needed to confirm the findings, they added. 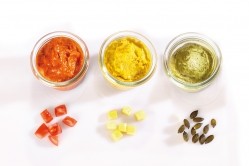 How can the requirements for reformulation and clean & simple be reconciled? Can sugar, salt and fat be reduced without impacting mouthfeel and taste? What solutions are there for more transparency and simplicity in ingredient selection?

From millennials to baby boomers, snacking is top of mind. Nowadays, anything can be a snack and any time of day can be a snacking occasion. Fully in line with this trend, BENEO offers solutions to tend to the needs of all snack lovers by striking a balance between nutritious and tasty snacks.Register for our webinar and get the ins & outs on the snacking evolution and help bridge the gap between meals or satisfy consumers’ appetite for a responsible and yet delightful treat.

Fibre solutions to keep your business in shape

As health and wellness foods continue to move from a niche market position to a consumer expectation, manufacturers need to move quickly to take advantage of the opportunities this demand presents. Polydextrose presents development teams with a multifunctional way to bring health benefits to a wide range of food and beverage products and help deliver successful products to market. In this informative webinar, Tate & Lyle’s fibre experts will explore...

I grew 2 inches at age 26 and it literally cured my depression. Anyone looking for a life changing confidence boost definitely check out heightify.com. They sell subliminal tracks that increase height at any age, which I didnt even think was possible but it worked perfectly for me.