Cholesterol-busting plant sterol and stanol products – worth about €2.5bn globally – will have to carry warning labels in the European Union from next February. 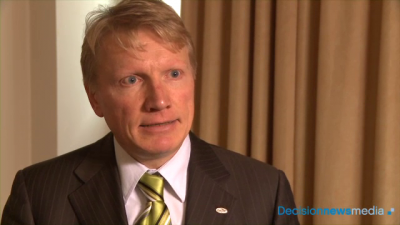 Henry Hussell, the head of marketing, Europe at Cargill Health and Nutrition, acknowledges the development of its plant sterols and beta glucan has been slower than many expected – but that doesn’t mean the agrofood giant has lost faith in them.

The €400m European cholesterol-lowering, plant sterol market has a
new entrant after a non-GMO, soy-derived sterol ingredient was
yesterday approved for use within the European Union.

Formulation boost for phytosterol in yoghurts

Incorporating heart healthy phytosterols in yoghurt formulations
does not negatively impact on the starter cultures, potentially
boosting their use in these foods, says new research.

An agreement has been reached between Raisio and Unilever to grant
non-exclusive global rights to a number of plant sterol and stanol
patents - a move which will allow both companies to develop their
business and applications and...

Phyto-Source has announced a significant expansion of its pine tree
sterol production capacity for the second time in one year, due in
large part to EU demand for its product.

Products containing Forbes Medi-Tech's Reducol plant sterols have
proved popular in Finnish supermarket Kesko - so much so that it is
expanding its Pirkko range to include a non-dairy margarine.

Sales of phytosterols in Europe are predicted to more than double
by 2012, but companies need to turn consumer awareness into
understanding and acceptance, says a new report from Frost and
Sullivan.

Agribusiness Bunge last week announced the formation of an alliance
with Procter & Gamble and Peter Cremer North America to produce
and market cholesterol-reducing phytosterol ingredients for
pharmaceuticals and foods.

The European Commission this week granted approval for several new
foods with added phytosterols, set to significantly expand the
number of cholesterol-lowering foods available in Europe.

Japanese chemical giant Kyowa Hakko Kogyo can look forward to a
boost in sales for its soy-based food ingredient CSPHP as the US
Food and Drug Administration gives the product GRAS status.

The new product market for sterols

In 2000 sales of margarines containing plant sterol and plant
sterol esters were disappointing but despite this raw material
suppliers of these products...

Health Canada advised consumers that the recently released
functional food margarine product, Becel™ Pro-activ™, is not in
compliance with the Canadian Food and Drugs Act and Regulations

The US Food and Drug Administration (FDA) is to reopen for 45 days
the comment period for the interim final rule authorising a health
claim on the association between plant sterol/stanol esters and
reduced risk of coronary heart disease...