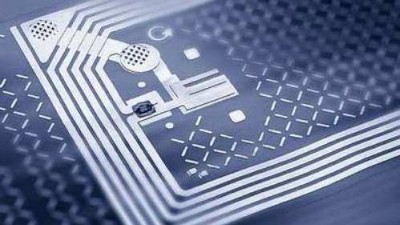 The company’s eSeal RFID packaging technology is designed to increase the security of food products, and facilitate traceability. 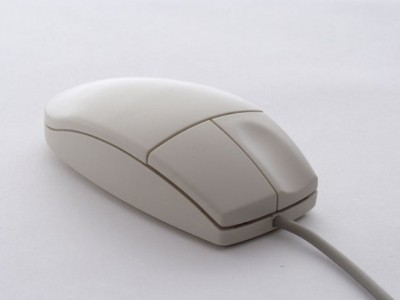 Food traceability will become more important for the supply chain industry, according to Advanced Business Solutions. 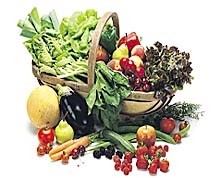 US researchers have built an ethylene detecting sensor that communicates with an RFID tag to reduce food waste in the supply chain.

The development of commercially viable thin-film radio frequency identification (RFID) tags that can be integrated into flexible packaging has taken a major leap forward after scientists made a significant technological breakthrough. 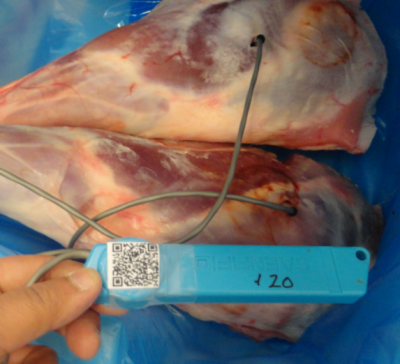 Radio Frequency Identification (RFID) technology could allow for more widespread uptake of super-chilling meat for transport within Norway, according to a technology firm active in the country.

A new international standard on radio frequency (RF) tags has been issued to improve the tracking and traceability of products in the global supply chain.

Reduced food waste and lower traceability costs could result from a new independent study which confirms that RFID tags can be used effectively more than once.

A new tracking system will improve the visibility and traceability of meat and poultry products using RFID technology and thereby improve food safety in Norway, according to an IT company.

California will become the third US state to ban manufacturers
and others from implanting radio frequency identification
(RFID) tags in their workers, under a bill passed by legislators
last week.

RFID use in food sector forecast to rise to 4bn

The use of radio frequency identification (RFID) technology along
the food supply chain is set to rise dramatically to $5.8bn
(€4.3bn) in 2017, according to a new report by IDTechEx.

The market for smart packaging for food and beverage products using
such technologies as radio frequency identification (RFID) will
grow to $8.8 billion in 2013 from the current $160m, according to a
forecast report.

An EU-funded project is going a step beyond existing radio
frequency identification (RFID) systems by developing a sensor
network that will allow items to communicate more information about
their surroundings.

A new intelligent label is designed to protect foods against
counterfeiting and tampering, a growing problem for high value
products.

ScoringSystem has launched an Internet-based record keeping system
and database to allow companies to track their food products
throughout the supply chain using radio frequency identification
(RFID) and a new way of determining the...

The Age of Consent for RFID

The image of secret radio chips planted inside the home from larder
to bathroom, transmitting data freely to Corporation Inc, is enough
to curl the toes of more than anti-capitalism activists.

Agent QC: A secret sensor on the job

Finding out if the truck delivering your frozen fish fails to keep
your goods at the proper temperature could become easier with Agent
QC's undercover transport tracking system, reports
AhmedElAmin.

Multispectral Solutions (MSSI) has been awarded a patent for ultra
wideband RFID, a technology that promises more accurate tracking of
products and the possibility of cheaper tags in the future.

Spanish supermarket chain Mercadona has installed RFID tags within
the dry, fresh and frozen goods areas of its new logistics centre
near Madrid.

The global market for RFID is set to reach €20 billion by 2015 as
the implementation of new laws and demand shape the an industry
that will make a significant impact on future food and beverage
packaging. Simon Pitman looks at the...

AIM Global has developed a draft standard for RFID for food animals
to address growing concerns about the threat of terrorist attacks
and the recent outbreaks of both BSE and hoof-and-mouth disease in
different parts of the world.

Wal-Mart, the world's biggest retailer, is to extend its electronic
products code (EPC) initiative to more stores and more suppliers,
announcing a timetable this week which will see the radio frequency
identification (RFID) tags...

How your mobile phone could keep you slim

Shopping for food while using your mobile phone might be one way of
defeating the obesity problem - or at least of getting the healthy
eating message through to a wider audience - claims a UK analyst
this week.

The increasing use of radio frequency identification - or RFID as
it is more commonly known - to track products through the entire
supply chain will inevitably lead to cost savings for most players,
according to the optimistic findings...

Wal-Mart and eight product manufacturers have begun testing
electronic product codes, or EPCs, at select Supercentres in the
US. If successful, the concept will change forever the manner in
which manufacturers and retailers operate...

RFID has the potential to provide customers with more product
information than ever. But a new report claims that food
manufacturers and retailers will have to be careful that the
technology is not used against them, writes Anthony...

Europe on the verge of RFID revolution

The US grocery market is currently undergoing something of a
technological revolution, with Wal-Mart requiring all its main
suppliers to use radio frequency identification (RFID) tags to keep
track of deliveries throughout the supply...

According to Wal-Mart - which has mandated its top 100 suppliers to
RFID-tag their cases and pallets - radio frequency identification
(RFID) is the next logical step to enhance supply chain visibility.
Market analyst Forrester carried...

Canadian business software developer VantagePoint Systems has
formed an RFID product group within the company to provide software
and integration services to packaging manufacturers. The company
believes that the new division will...

Food production couples up with RFID

US-based Colder Products Company (CPC), a manufacturer of fluid
couplings used in various food processing applications, is to use
RFID tagging across a range of its products. The company believes
that this will improve product identification...

Metro, the German retail group, is one of the main supporters of
new retail developments in Europe, but it appears that its
enthusiasm for the advantages that technology can bring is not
shared by all of its customers.

It is a sign of the times that a new Radio Frequency Identification
pavilion, or RFID pavilion, will feature at this year's Pack Expo
event in Chicago. This reflects the growing awareness, both within
the food industry and within...

Wal-Mart's announcement that it requires its top 100 suppliers to
place radio frequency identification (RFID) tags on all cases and
pallet loads by January 2005 has effectively secured the future of
this technology in the US....

Metro to roll out RFID tracking this year

When UK retailer Tesco announced in November last year that it was
to expand trials of RFID (Radio Frequency Identification) tags on a
number of non-food items, its decision was met with a storm of
protest on the grounds that the...

Tracking the progress of RFID

Radio frequency identification (RFID) will eventually be used to
track every domesticated animal, claims an American beef industry
specialist. The current BSE crisis in the US has generated renewed
interest in RFID for tracking cattle...