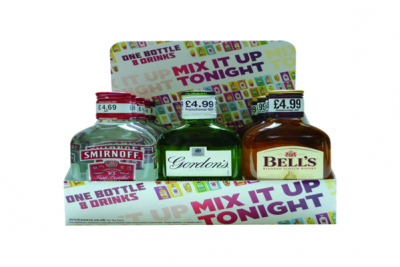 The UK’s Portman Group has declined to comment after Diageo criticized a decision by the alcohol-funded body’s Independent Complaints Panel stating that a display used to drive impulse C-store sales of Smirnoff, Gordon’s and Bell’s spirits encouraged... 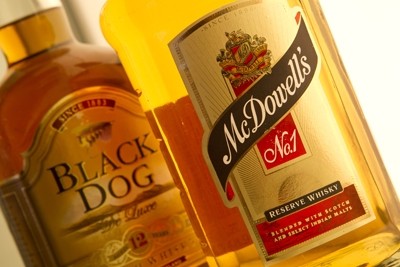 The potential upsides in Diageo’s potential acquisition of a majority stake in India's United Spirits (USL) are clear but achieving acceptable profitability from the business may be tricky, according to one analyst. 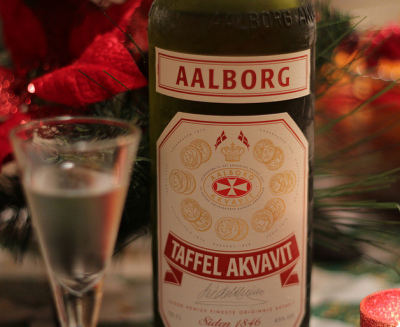 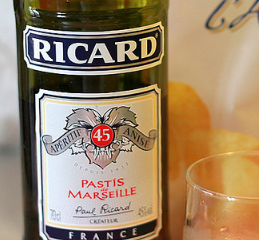 Pernod Ricard admits that the effects of a hefty 2012 French VAT hike on spirits has ‘severely affected’ the fortunes of key brand Ricard and other aniseed spirits with 45%+ ABV. 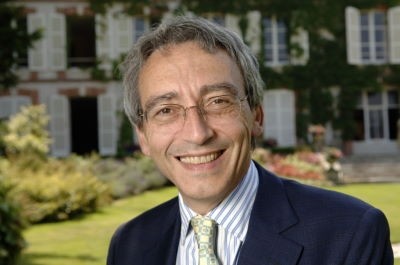 French spirits giant Pernod Ricard has successfully grown European sales in 2010/11 after a worrying 5% slump last year, due to a “recovery in consumer spending”.

Fortune Brands believes that the acquisition of bourbon firm
Maker's Mark will enable it to double its sales of wines and
spirits.

The battle for Allied Domecq looks set to begin with news that
Constellation Brands, the world's biggest wine company, is
considering launching a rival bid to the £7.4 billion offer tabled
by Pernod Ricard, reports Chris Mercer.

A shift towards higher sales of premium products has helped
France's leading drinks group Pernod Ricard to post a 5.1 per cent
increase in net profits for 2004, shrugging off the impact of
exchange rate fluctuations.

A substantial drop in organic sales growth in Asia and continued
problems with its eponymous anis brands were the only low points in
an otherwise impressive set of financial results for Pernod Ricard
in 2004, writes Chris Jones.

The terminal decline in sherry sales continued last year with just
one market - the UK - showing an increase compared to 2001. But
with the major players in the drinks market clearly not interested
in sherry, there seems little chance...

Jobs to go at Martell

Martell, the latest priority brand to join the Pernod Ricard
stable, will see a quarter of its workforce axed in the coming
months, a move Pernod says is necessary to keep the company
competitive.

Allied Domecq has announced the latest phase of its Move to Market
business plan with the appointment of a number of key managers to
three new business units within its spirits unit.

With the sale of the Agros Fortuna fruit juice and canned food
business, Pernod Ricard's Polish business is now 100 per cent
focused on drinks - which was the reason why Agros was acquired in
the first place.

Schweppes France is to take over many of the administrative duties
of Orangina-Pampryl, entailing the loss of 110 jobs. Some 48 posts
have already gone following the closure of a production facility.

The sale of the cider unit CSR - announced last week by Pernod
Ricard - will see the disposal of the last remaining non-core
business, allowing the French group to finally devote all its
efforts to building its wine and spirits empire.

The ownership of two of the best-known vodkas from Eastern Europe
could be under threat. The Russian government has announced that it
plans to sell licences to produce Stolichnaya to the highest
bidders, while Poland is proposing...

French wine and spirits group Pernod Ricard has posted a 20.8 per
cent rise in sales in the first quarter, its first reporting period
since taking over 17 Seagram brands, and said it was on track to
meet its full-year targets.

French spirits group Pernod Ricard is inheriting an estimated €300
million worth of stocks of cognac and Scotch whisky as part of its
Seagram acquisition, an industry source said on Friday.

French spirits group Pernod Ricard reported a 3.9 per cent rise in
full-year turnover after a slower fourth quarter and sell-offs in
its non-core fruit division.

The World Trade Organization has, indirectly, intervened in a
punch-up between Cuban and other makers of rum

U.S. antitrust authorities could give the green light to an
Anglo-French bid for Seagram's drinks portfolio as soon as today,
an industry source said on Monday.

Pernod Ricard reports first half results that show a strong
improvement in the Company's financial performance and also lower
levels of debt.

According to industry sources, the world's largest spirits company
Diageo may give up one of its rum brands to ensure approval from
the US for the purchase of the Seagram drinks businesses.

Pernod Ricard reported a higher-than-forecast jump in first-half
turnover on Tuesday and said it should easily reach its target of
10 per cent profit growth over the same period.

The French beverage group Pernod Ricard has received seven offers
for BWG, its Irish and British wholesale distribution business, in
a deal that could be worth up to Euro350m.

The French drink group Rémy Cointreau, may divest some brands
following its Euro 510m acquisition of the Dutch producer of Blue
Curacao Bols, the...

French drinks group Pernod Ricard announced on Tuesday that is to launch a
public tender for...

Cadbury to sip Orangina in the Summer

Allied Domecq on track for targets

Allied Domecq, the UK wine and spirits group that includes the
Kahlua and Courvoisier brands , said onMonday that it was on track
to achieve its annual...

French drinks firm Pernod Ricard is preparing to sell at least E1bn
($890m) worth of assets to offset some of the debt it will take on
following its joint...

Allied Domecq announced on Wednesday that it has pulled out of the
auction forSeagram's spirits and wine business, the Financial Times
reports. The...

Diageo, the global spirits company, and Pernod Ricard of France
announced yesterday that they had signed a joint venture agreement
covering their bidding...

This week's deadline for indicative bids for the drinks business of
Canada's Seagram is a complex event, the Financial Times reported
yesterday. Major...