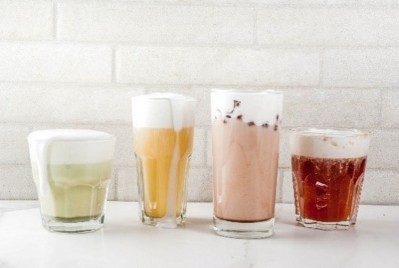 With cheese tea becoming increasingly popular among consumers, FrieslandCampina Ingredients Food & Beverages is launching a milk cap powder in Thailand and the Philippines to create layers on beverages. 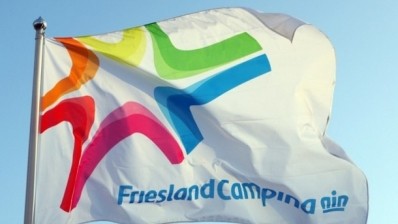 Weak economic growth in developed markets and plentiful stocks will prevent any strong recovery in the price of commodities such as grains, sugar, skimmed milk powder and cocoa prices over the coming 6 to 12 months, claims Euromonitor.

Dairy giants DMK and Arla planning a joint collaboration to ramp up their milk powder production on the back of increasing global demand.

Finnish dairy co-operative Valio is set to start construction of a new ingredients plant in Lapinlahit, to cater for increased demand within the baby food industry.

Vitiva is proposing a new application for its rosemary-derived antioxidant, to extend the shelf life of milk powder and other dairy products by as much as 50 per cent.

Employees from a Chinese dairy company have been taken into police custody on suspicion of selling tonnes of melamine-tainted milk powder.

The European Commission has adopted a new decision to prohibit the import of all composite infant formula products containing milk and milk from China, and to require testing of all other Chinese milk-containing products.

A new treatment could be on the horizon for dairy processors as German scientists report it leads to better processing behaviour of spray-dried milk powders.

As global concern grows over the possible use of melamine-contaminated milk powder in biscuits, chocolate and other foods, the EFSA has deemed that, in the worst case, children could exceed the tolerable daily intake of the chemical by three times.

The EU's CAP reforms continue to force changes on Europe's dairy
firms as Arla Foods announced it will close a Danish milk powder
plant that is no longer vital for production.

Arla Foods' factory re-jig paid off this week as the group signed a
joint-venture deal with China's leading dairy firm to get its added
value milk powder products into one of the world's fastest emerging
dairy markets.

Nestle has launched an investigation into its milk products, after
a type of baby powder sold in Chinese supermarkets failed to meet
national standards over iodine content, reports Claire
Johnston.

Reform of the European Union's milk policy will mean a drop in
prices for skimmed milk powder, prompting Danish dairy group Arla
to take action to counter the expected decrease.

Milk powder fortified with vitamins and minerals, as well as milks
with prebiotic and probiotic bacteria, can prevent major, often
fatal, childhood diseases such as diarrhoea and pneumonia, and have
a significant impact on growth,...

One of China's leading producers of milk powder and soybean
products, American Dairy, has got off to a strong start following
its formation in May 2003 and subsequent acquisition of Beibei
Foodstuff in November.

A batch of Promise brand milk powder produced by US nutritional
product manufacturer Wyeth-Ayerst has been withdrawn from sale
after it was found to contain high levels of nitrite.