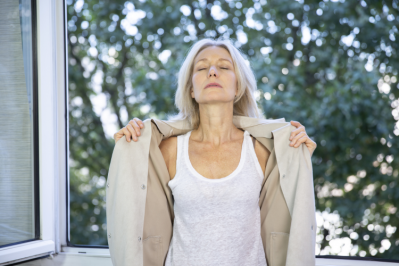 Initiative calls for new products that cater to the menopause: ‘This market has historically been underserved by brands’

The vast majority of menopausal women feel overlooked by both brands and society, it has been claimed, as food brands and retailers commit to better represent the menopause in product development.

Consumption of soy products does not prevent the onset of hot flushes and night sweats in women entering menopause, according to new research data.

Phytoestrogens like soy and red clover isoflavones pose no safety issues with regards to heart health and breast cancer risk, according to a new meta-analysis from Austria.

A high dietary intake of acrylamide may increase the risk of breast
cancer, according to new research published this week.

Isoflavones from soy could help preserve cognitive function and
mood in post-menopausal women, according to Italian researchers.

Health ingredients firm Acatris has developed a directly
compressible version of its SoyLife brand soy isoflavone
ingredient, designed to remove some of the hurdles for companies
looking to offer isoflavone capsules or tablets.

Soy is unlikely to damage fertility in women, report researchers,
who investigated the theory that its positive impact on breast
cancer risk may have other, unwanted effects.

Taking combined HRT can sharply increase the risk of developing a
blood clot for some women, according to new research, that adds to
the other risks associated with the therapy.

Women are going back onto hormone replacement therapy because it is
significantly more effective against menopausal symptoms than
herbal remedies, an organisation of American gynecologists said on
Friday.

The health effects of soy in post-menopausal women are to be
explored at the Keck School of Medicine of USC in a trial sponsored
by the National Institute of Health, to see whether soy is a viable
alternative to current hormone therapy.

A Swedish study established to assess the effect of hormone
replacement therapy (HRT) for women with a history of breast cancer
has been stopped early after preliminary results show 'unacceptably
high' risks of breast cancer...

Vancouver-based Leading Brands has started shipping its new
soy-based water beverage in the US, it said this week.

Could a fruit bar a day be the answer to osteoporosis? Trials of a
new food product enriched with phytoestrogens could provide women
with a tasty alternative to HRT.

A new study of the effects of soy isoflavone supplementation on
women's bone health will feature SoyLife, the soy ingredient
manufactured by Acatris.

SoyLife to be used in bone health trial

A new study of the effects of soy isoflavone supplementation on
women's bone health will feature SoyLife, the soy ingredient
manufactured by Acatris.

A major study of the effects of hormone replacement therapy has
been halted after scientists discovered a major risk of ovarian
cancer - but there are plenty of natural alternatives to help women
deal with the menopause.

Women who take oestrogen may decrease their risk of developing
atherosclerosis - the progressive narrowing and hardening of the
arteries - according to new research published in the March issue
of The Journal of Clinical Endocrinology...

Alternative oestrogen products - not always what it seems

On August 16, ConsumerLab.com, released the results of its
Phyto-oestrogen Product Review.

Antioxidant compounds found in soy foods have been shown to reduce
levels of hormones associated with breast cancer risk in women. A
new study suggests that other factors associated with soy may also
play a role in lowering cancer...