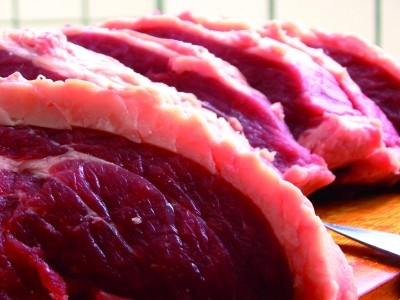 A leading dietician has rubbished claims backing consumers ditching meat from their diets for health and environmental reasons and becoming flexitarians.

What is the growth potential for stevia in snacks?

Attracted by its natural, low calorie profile, food manufacturers across the industry are turning to stevia but it is the market for snacks and non-alcoholic drinks that is leading the way.

Could charcoal cheesecake catch on in the EU?

Charcoal-topped cheesecake or ice cream with chunks of cheese anyone? Strange they may seem - even stomach churning - but these real products, lauched in Asia this month, could hail a new era of counter-intuitive taste combos, according to Datamonitor.

Have meat substitutes missed the boat?

Many consumers around the globe are turning away from meat as health, price and ethical concerns grow. But the latest market research indicates that meat substitutes are failing to pick up the slack.

Only one third of Brits pay attention to their heart health, and 45 per cent said heart health claims were untrustworthy, according to Datamonitor research.

There is increasing scope for healthy yet indulgent products as
consumers refuse to sacrifice taste for nutrition, according to a
new Datamonitor study.

Consumer tastes are polarised along two trends: exotic flavours,
and retro flavours that conjure up memories of the good old days,
according to a new report from Datamonitor.

The top 10 trends to watch for next year include fresh and organic,
superfruits, bold flavors, and probiotics beyond yogurts, according
to Datamonitor's Productscan database.

Datamonitor: The potential and dangers of superfoods

Superfoods have taken the market by storm in recent years, but
food manufacturers need to take a step back and use the ingredients
with caution if they are to continue reaping the benefits, says
Datamonitor in a FoodNavigator-USA.com...

Manufacturers are being urged to focus product development
strategies towards the on-the-go food market as consumers
increasingly choose convenience to keep up with increasingly hectic
workloads.

Healthy foods in convenient packaging is a consumer need that is
growing in momentum, according to Datamonitor, with 59 per cent of
European and US consumers seeking a combination of the two selling
points.

All categories of functional food and drink are on the upswing
according to a new report from Datamonitor, but probiotic drinks
and yogurts are leading this category.

Children in the UK spend more on confectionery and fizzy drinks
than any of their European counterparts, according to the latest
report by market researcher Datamonitor.

The UK organic food market is continuing to escalate as consumers
embrace what they consider to be healthier eating habits, according
to a new report.

More than one in three Brits will watch the England match at home
today, driving demand for off-trade alcohol as armchair fans reach
for a can.

European consumers are increasingly skipping meals at home and
instead opting to snack or eat in restaurants, a trend that is set
to continue on the back of hectic lifestyles, says a new report by
Datamonitor.

The fortunes of the pomegranate, until recently unknown to most US
consumers, is changing fast, according to Datamonitor's Productscan
Online database of new products.

Mega-trends: convenience food and health to double in ten years

Ten mega trends stretching from age to individualism will determine
the success and shape of any new products to hit the market in the
near future, claims market analysts Datamonitor.

A new report from market analyst Datamonitor reveals that UK
consumers are continuing to abandon traditional sit down family
meals in favour of snacks.

There will be fewer young adults around for alcoholic drink firms
to target over the next five years but those that are will drink
more and be more demanding, with women the driving force,
reports Chris Mercer.

Convenience and indulgence in the breakfast market set to bring
gains to ingredients suppliers and their customers: our round up of
new product designs shows how industry is reacting to this
potential market, writes Lindsey Partos.

Natural cocoa in formulations to open up opportunities for makers, new study

Slow down for chocolate sales in number one EU market

Chocolate consumption in the UK is slowing down as health and diet
concerns impact sales, a trend which has created opportunities for
major players to roll out sugar free and low carbohydrate products,
according to market analysts...

Britons are already the Europeans most likely to skip meals on a
regular basis - a trend which has made them the snacking champions
of Europe - but a new report suggests that irregular mealtimes are
likely to become even more widespread...

At first glance, a petrol station might not seem like the obvious
choice of outlet for premium food and drink products, but growing
consumer demand for healthy, tasty and above all convenient
products – not to mention increased competition...

Opportunities for food manufacturers in Australia may well be
rooted around innovative flavours and health ingredients, say
researchers at CSIRO on the day the Australian government earmarks
millions of dollars to invest in R&D...

Germany is Europe's largest soft drink market with the UK following
fast behind, reports a new study that predicts consumption will
soar to 186 litres per person per year by 2007.

Britain might not have the best reputation when it comes to
upmarket cuisine, but a new report from market analysts
Datamonitor shows that UK consumers are becoming
increasingly more sophisticated in their eating habits - and

The British are the biggest consumers of chocolate in Europe,
munching their way through more than 10 kg each every year. A
reflection of Britain's ongoing love affair with snacking - and
consumers' reluctance to choose...

Britain is set to extend its lead in the European ready meals
market over the next five years, accounting for more than half of
all sales by 2007. But convenience is no longer enough to keep
consumers happy - they want health and...

Increasing numbers of young females drinkers, especially in markets
such as the UK, Germany and Spain, are having a major influence on
the on-trade across the continent, with pub designs and the
products drunk there both changing...

Gender-based products - more on the way?

Nestlé Rowntree, the UK confectioner, has already got itself into
trouble with adverts for its Yorkie chocolate bar featuring the
tagline 'Not for Girls' but appears happy to step on a few more
toes with the latest development...

The spread of cola brands from the US to the rest of the world
could be copied by the spread of health drinks and iced tea and
coffee westwards from Japan, claims a new Datamonitor report. But
if cola growth is slowing, reports of...

Increasingly mobile and health-conscious consumers are forcing food
and drink manufacturers to become even more inventive when it comes
to creating new products. Positive nutrition, convenient packaging
and even food which is good...

Women are worth €1,400 billion, a figure set to swell to €2,000
billion by 2008. Long acknowledged as a powerful consumer force, a
new study from Datamonitor suggests that the modern perception of
women provides new growth opportunities...

One is fun - and lucrative too

Food producers are being urged to take advantage of the growing
number of single person households by creating more products
designed for individual consumers. Singles across Europe spend more
than €140bn each year on food, drink...

Unilever Bestfoods, the Anglo-Dutch consumer goods producer, is
unlikely to win many new followers for its Marmite brand with its
latest advertising campaign - but then, as market analysts
Datamonitor point out, that is not really...

Nestlé's strategy for exploiting the functional food opportunity
seems to rest in careful partnerships with other top FMCG
companies. By aligning its interests in nutraceuticals with other
partners it can spread risk, speed up...

Product innovation is nowhere more evident than in the dynamic
world of flavours. News this week from a leading UK brewer could
mark a new direction for ice cream flavours with Scottish Courage
announcing that the consumer can expect...

Snacks, how to grab a slice of the action?

In a market valued at €140 billion, the consumption of food and
drink in the European workplace provides manufacturers with the
potential to create products that meet three key criteria -
quality, convenience and health.

GlaxoSmithKline, the pharmaceutical and healthcare group, is to
relaunch its Plenty juice drink brand just six months after it was
withdrawn from sale. But has the company got the product
positioning right this time, asks market analysts...

Teenagers falling through the marketing net

Products are often marketed to specific segments of the population
- although the best ones tend to have a general appeal - but the
artificial segmentation of the market means that some groups are
missing out, claims Datamonitor.

How to tackle 'Generation Y', or the 'Net generation', and even
'tribal groups'? Such an array of segmentation, far from benefiting
marketers, is limiting their ability to consistently target the
youth...

Innovation and trends: getting it right

In the mature and stable food and drinks industry innovation is
often seen as the lifeblood of growth, writes market analysts
Datamonitor this week. But effective innovation and trend spotting
is inextricably linked to real consumer...

The diet foods market across Europe continues to grow, but
increasing consumer disillusionment about the effectiveness of
dieting could curb growth in the future unless manufacturers and
retailers get the right nutrition message across,...

Cashing in on love?

As Valentine's Day approaches, a new report from Datamonitor looks
at how sales of chocolate - the favoured gift of lovers everywhere
- differ from market to market, and how manufacturers have cashed
in - or not - on love.

Britons are confirmed snack-o-holics, according to a new report
from Datamonitor, meaning that there are excellent growth prospects
for snack makers in this market. And while snack consumption
patterns are different on the Continent,...