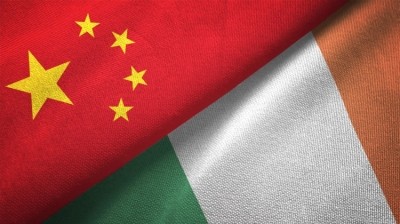 Irish cattle farmers have called on the government to resolve the Chinese suspension of beef trade following the confirmation of atypical Bovine Spongiform Encephalopathy (BSE) in a cow in Ireland.

A series of bovine spongiform encephalopathy (BSE) breaches has been announced by the UK Food Standards Agency (FSA), who described the risk to human health as “very low”.

The UK’s Food Standards Agency (FSA) reports that meat from an over 30 month heifer imported from Switzerland has entered the food supply without being tested for BSE.

A move to raise the age limit from 30 to 48 months at which UK cattle are tested for Bovine Spongiform Encephalopathy (BSE), would, if implemented, help reduce processors' costs and free up supplies.

A new case of BSE detected in Canada has sparked renewed calls in
the US for tighter import regulations on Canadian beef.

Company recalls meat due to breach of BSE safety rules

A Northern Ireland company is recalling thousands of cuts of meat
sold in the UK, France, Italy and Spain after a breach of bovine
spongiform encephalopathy (BSE) safety procedures allowed an
untested cow into the food chain.

Anglo-Beef Products (ABP) Shrewsbury became one of the first
abattoirs in the UK this week to open its doors to cattle over the
age of thirty months, under new bovine spongiform encephalopathy
(BSE)control rules.

The UK government's decision to relax its rules on bovine
spongiform encephalopathy (BSE) will make more beef available to
the UK processing market, and potentially the rest of Europe.

The UK has moved a step closer to relaxing its rules on bovine
spongiform encephalopathy (BSE), potentially opening up a larger
supply of beef for food processors in the UK and throughout Europe.

The UK's food standards agency will meet next week to discuss a new
BSE testing system trialled earlier this year as part of a managed
transition towards replacing the Over Thirty Months Rule.

The European Commission's plan to relax the bloc's rules on mad cow
disease provides hope to food companies that they will have wider
access to beef suppliers, including those in the UK.

Incidents of BSE fall in Europe

The discovery in Ireland of another probable case of variant
Creutzfeldt-Jakob disease (vCJD) might turn some consumers away
from their meat, but perhaps they can be assured the country, and
the EU, seem to be winning the battle to...

Inconclusive BSE test: no cause for alarm, says USDA

An inconclusive BSE test has been recorded in the US, but the
government is insisting that there is no cause for alarm.

Europe's food safety authority backs calls for a rapid test for
live cattle in the battle against Bovine Spongiform Encephalopathy
and which could save on needless culling.

Scientists at Europe's food watchdog have upped their assessment of
the risk of finding mad cow disease in the United States, Canada
and Norway following an extensive study of data collected between
1980-2003.

Food safety concerns rise in the UK as the Food Standards Agency
launches an investigation into the apparent failure by the meat
hygiene arm of the food watchdog to test some casualty cattle aged
between 24 and 30 months for BSE before...

Is organic meat the future?

Public concern over BSE outbreaks is set to boost sales of organic
meat products in North America, according to a new report. But
North Americans have not historically been as influenced by food
scares as their European counterparts.

Scientists in the UK believe that test results, which sparked fears
that BSE might have spread spread to British sheep, are important
but not conclusive.

Cost-cutting measures could mean an end to current BSE controls,
with the over 30 months (OTM) rule replaced by BSE testing.

The UK Department for Environment, Food and Rural Affairs (DEFRA)
announced this week that it will release a further £7 million
(€11.4m) to boost BSE and CJD research.

The latest results of BSE tests conducted on healthy cattle across
the EU reveal that of the 1.7 million cattle slaughtered only 76
tested positive for...

British government scientists have found that brains from sheep
with scrapie cause symptoms similar to BSE when injected into
cattle brains, the New Scientist...

The Scientific Steering Committee (SSC) advising the European
Commission on BSE related issues published on Monday its opinion on
the risk of Bovine Spongiform...

Italy's first suspected case of BSE has been found in an animal
destined for the McDonald's restaurant chain, The Independent
newspaper reports. Traces...