Consumers are confused about what country of origin labelling actually means, finds a new research synthesis that reinforces the case for greater clarity.

Food sector sets out priorities for next six months

The CIAA has signalled its priorities for Spain’s six month presidency of the EU, with competitiveness, food information, novel foods revisions, research and sustainability topping the bill.

UK food manufacturers have slammed the latest report from the British Heart Foundation which alleges they are misleading mothers with false information about the fat, salt and sugar content of their children’s foods.

Traffic-light labelling on the front of food packages do not change the relative healthiness of consumer purchases, says a new study from Oxford University.

Irish like GDAs or traffic lights, but not both

Irish consumers find GDAs to be a useful tool for judging foods’ nutritional value, but a scheme combining GDA info with colour-coding is not popular, indicates a new FSAI survey.

Calorie guidance could be too low, says SACN

Scientists advising the UK government have called for an increase in recommended energy requirement levels.

Australia and New Zealand are to undertake a review of food labelling laws and policy to reduce the regulatory burden on food companies without compromising health and safety.

Consumers do not trust portion sizes given on food packages and buy extra to ensure they have enough to eat, finds IGD research has found; industry needs to communicate better the basis of portion sizes.

Spanish consumers are more willing to pay a premium for food products that carry a nutritional panel on packaging than for those that just make a ‘light’ claim, according to researchers.

Latest round of research to identify the ideal front-of-pack labelling scheme indicates that a combination of traffic lights and GDAs is best understood by consumers.

The European Food Safety Authority (EFSA) has given its view of proposed reference intake levels for energy, total fat, saturates, carbohydrates, sugars and salt – suggesting that the carbohydrate level be revised upwards.

Nutrition label use a pleasant surprise for FLABEL

A new survey by FLABEL indicates widespread listing of nutritional information on food products across the EU and Turkey, with 85 per cent of goods surveyed giving info back-of-pack and 48 per cent front-of-pack.

The traffic light system for front-of-pack food labelling is the most effective in helping people identify healthier food products, a new study of Australian consumers has found.

The UK’s Food Standards Agency (FSA) yesterday confirmed the implementation of a protein cap that limits products such as cereals being advertised to children.

The CIAA has responded to criticisms levelled at its GDA nutrition labelling system by a campaign from Denmark, emphasising points including the tool’s neutral, science basis, and work towards setting portion sizes.

Progress of the proposed new food information legislation will be delayed by at least six months, as MEPs have decided to delay the vote in committee until after the parliamentary elections.

A campaign that strongly opposes the inclusion of GDA-type nutritional labelling in the proposed new food information legislation has been launched by a consortium of health and industry groups in Denmark.

Half of all consumers ignore food labels

About half of consumers never read the nutrition label before purchasing pre-packaged food, according to a new survey which adds weight to the Guidline Daily Amounts (GDA’s) debate.

Agri MEPs on board with some industry labelling concerns

A vote on the proposed food information legislation by the European Parliament’s Committee on Agriculture and Rural Development (Agri) this week found sense in abolishing the 3mm rule and national schemes, but has stirred new industry concerns on country...

What consumers make of food labels

Recent research has shed new light on how consumers understand food labels - and use them to inform their shopping decisions. But questions still remain over what will make them switch to healthier food choices. 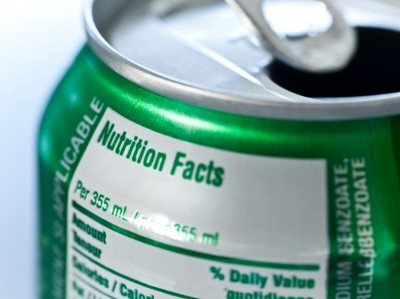 What labelling scheme(s) should Europe allow?

Debate is heating up about the best way to present nutrition information on food labels throughout the EU as lawmakers hammer out the details of new legislation. The Food and Drink Federation gives a view from industry.

The proposed food information regulation would pose big problems for small and medium enterprises (SMEs) if adopted in its present shape, said speakers at the FDF labelling debate – despite the Commission having carried out an impact assessment.

The EU Parliament rapporteur on the proposed food information regulation does see a place for nutrition labelling schemes chosen by manufacturers and retailers – but not for national schemes propounded by Member State governments to run alongside the...

‘Portion size’ may not be a good way to curb obesity: Study

Nutritional labelling may mean more to consumers than portion sizes, according to a joint study from Norway and the US.

Draft changes to Turkish food labelling regulations would put a GDA-like scheme on products, according to a GAIN report from the USDA.

Food and the Czech presidency

The Czech presidency of the EU Council has published its work programme for the next six months, pledging progress on the food labelling regulation proposal, debate on food quality issues, simplification of the CAP and discussions on the policy’s future.

The rapporteur’s report on the food information proposal has elicited a positive initial reaction from industry, but some sticking points still remain.

The draft report on the European Commission’s proposal for the provision of food information to consumers in the EU suggests substantial amendments which would offer small- to medium-sized enterprises (SMEs) more flexibility.

A new research project is aiming to be the first Europe-wide study of the various food labelling schemes and their effects on consumer dietary habits through a unique observation of consumers in ‘real life’ settings.

A new website due to launch in the UK next year aims to reduce consumer confusion over food labelling and ingredients, and enable tailored searching for products that meet specific needs.

European consumers are generally aware of nutritional labelling systems and guideline daily amounts (GDA), according to a new survey – but not everyone actually looks for nutritional information on packaging.

The issues of font size and co-existence of European and national front-of-pack nutrition schemes are still vital topics for discussions on the new labelling regulation, says the CIAA in advance of the rapporteur’s report.

Most UK consumers are aware of guidance daily amounts (GDA) and traffic light labelling, but only one-in-four actually looks for nutritional information, according to a new survey from EUFIC.

A new consultancy in The Netherlands has been established to give more closely targeted advice to food developers on technical issues on the one hand, and how to comply with the changing regulatory landscape on the other.

The UK’s Food Standards Agency is working on improving allergen labelling and control practices used by industry, with investigations set to kick off in November at an open meeting with researchers.

In the second of two articles on food legislation under the new
French presidency, FoodNavigator looks at the wish-list drawn up by
the food and beverage industry.

Food and the French presidency: Part one

Over the next six months the French presidency of the EU will be
operating in a tricky economic environment, with food prices are
soaring and supply issues are affecting major commodities.

New guidelines aim to do away with misleading marketing terms

The UK's Food Standards Agency (FSA) has revised its guidance on
the use of words such as 'fresh', 'natural' and 'pure' to provide
clearer advice to manufacturers.

The need for new European legislation on nutrition labelling has
been called into question by the CIAA (Confederation of Food and
Drink Industries in Europe), as a survey indicates that uptake of
its voluntary scheme has been significant.

SMEs step up labelling efforts in fight against obesity