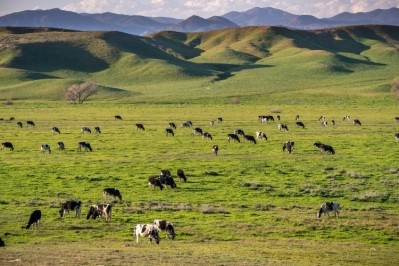 The U.S. Food and Drug Administration (FDA) and the United States Department of Agriculture (USDA) have signed a Memorandum of Understanding to enable the agencies to support the export of US milk and milk products worldwide. 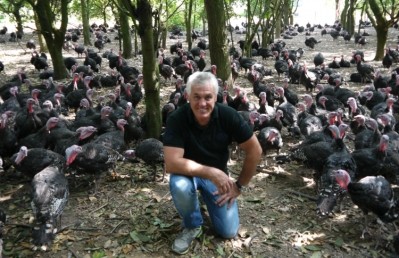 UK poultry brand KellyBronze’s Virginia-based plant has been granted a full US Department of Agriculture (USDA) licence in time for Thanksgiving. 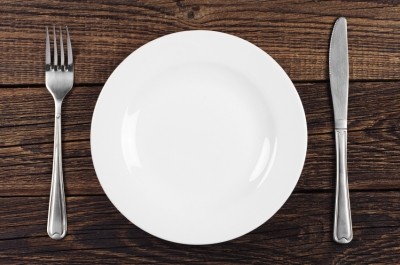 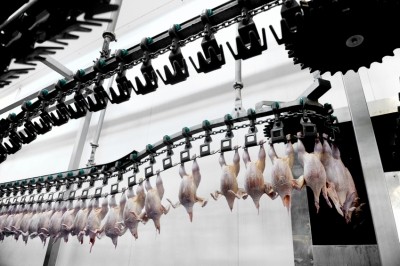 PURE Bioscience has been backed by the US Food and Drug Administration (FDA) to trial higher concentrations of its antimicrobial to reduce Salmonella and Campylobacter. 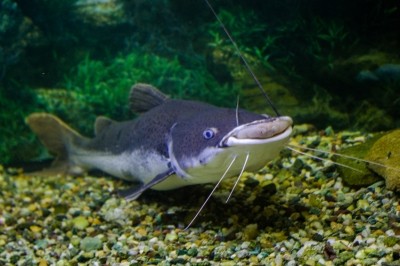 The American Shrimp Processors Association (ASPA) has condemned a senate vote in favour of repealing the USDA’s Catfish Inspection program. 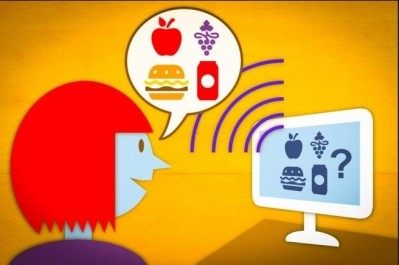 A spoken-language app that makes calorie counting easier has been developed by researchers, who believe the technology could prove useful for those struggling to lose weight. 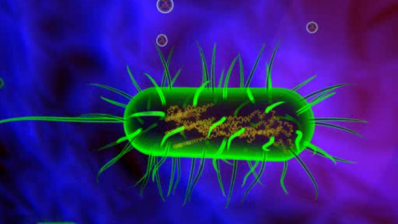 PURE Bioscience’s food contact notification (FCN) for use of the silver dihydrogen citrate (SDC) antimicrobial as a raw poultry processing aid has become effective after US FDA backing. 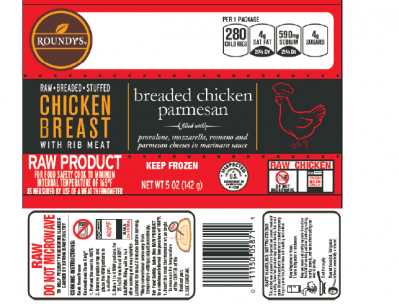 Aspen Foods has refused to recall additional chicken products after the USDA-FSIS said it had found a strain of Salmonella that prompted an earlier recall. 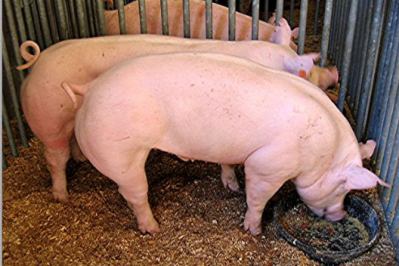 Food safety concerns have been raised by government inspectors taking part in an inspection pilot program, according to an advocacy organisation. 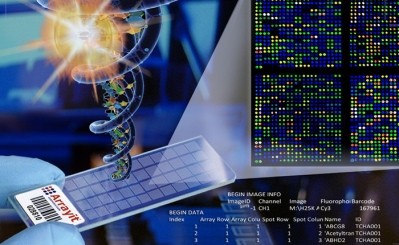 Arrayit Corporation has signed an agreement with the US Department of Agriculture (USDA) around pathogen detection and is also working with a team from the Food and Drug Administration (FDA). 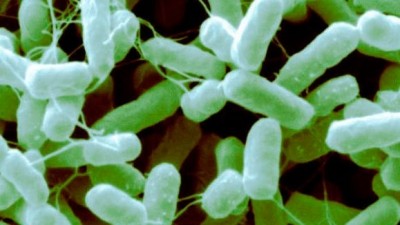 A watchdog group is suing to get the agency to treat anti-biotic resistant strains of Salmonella as adulterants in meat. 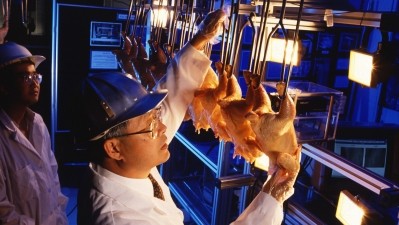 Machine vision provider Headwall Photonics has formed a partnership with the USDA on technology for high-speed, in-line inspection of poultry.

Young people consuming larger amounts of chocolate each day have slimmer waists and lower body mass indices, according to research.

Neogen Corporation has announced it has received a letter of no objection for its pathogen DNA confirmation method which produces results in 24 hours.

New supply of the premium ingredient sweet potato paste is
becoming available as of today, thanks to a new process developed
by USDA that retains nutritional and sensory properties.

Harvests for sugarcane, flaxseed and soybean were all down last
year but canola and corn production was up, according to the US
Department of Agriculture (USDA).

Almonds must be pasteurized as of September, says USDA

A request for a delay in the implementation of new pasteurization
requirements for almonds has been rejected by the US Department of
Agriculture (USDA), which has said that the new requirements will
come into effect on September 1,...

A new risk-based system of approving importation of some
fruits and vegetables will streamline the process,
while leaving stringent protection in place, the US Department
of Agriculture said.

US sugarbeet production will decrease, while sugar cane production
is forecast to increase during fiscal year 2008 compared to 2007,
according to statistics released by the USDA

A federal court ruling allowing a meat processor to
conduct its own tests for bovine spongiform
encephalopathy (BSE) is on hold following an appeal by the US
Department of Agriculture (USDA).

The US Department of Agriculture (USDA) has approved meat from
swine fed on rations supplemented with pet food scraps containing
melamine.

The US government is to invest in improving the nation's nutrition
and conducting obesity studies, according to Agriculture Secretary
Mike Johanns, who this week expanded on the Administration's farm
bill nutrition proposals.

The US Department of Agriculture (USDA) has been accused of failing
to protect the nation's food supply, following last week's
withdrawal of a long-grain rice seed after possible contamination
with genetically modified material.

The move to a risk-based inspection system could jeopardize
consumer confidence in the safety of meat and poultry, according to
an industry organisation.

Bill to ensure strict separation of cloning and organics

US senators have introduced legislation designed to prevent milk
and meat products from cloned livestock from receiving an organic
label under the USDA's National Organic Program (NOP).

Manufacturers of certain uncooked chicken products must revise
their labeling to ensure that consumers understand how these should
be prepared, said the USDA last week in an updated guidance
document to the industry.

The government's new WIC nutritional guidelines should allow for a
broader range of whole grain foods than currently proposed,
according to the AACC International Whole Grains Task Force.

A pilot program that distributed fresh fruits and vegetables to
children in Mississippi schools has resulted in increased
consumption of these goods, findings that provide guidance towards
a comprehensive approach for improving students'...

A $5m project aimed at identifying and improving the genetic
make-up of barley could lead to higher yields and a better quality
crop, said the US Agriculture Secretary Mike Johanns on Friday.

With the nation's sugar supplies still low, manufacturers of
products that use sugar have again appealed to the US Department of
Agriculture (USDA) to allow for extra imports in order to avoid
shortages on the market.

Potential BSE case found in US

The US beef industry is waiting with baited breath while the
Department of Agriculture (USDA) retests a sample suspected of
being from a cow infected with bovine spongiform encephalopathy
(BSE).

Food manufacturers worried about listeria will now be able to use
the detection system created by DuPont Qualicon after it was
approved for use last week.

Several recently published studies have revealed the nutritional
benefits of peanuts and USDA figures released last week show that
there is no shortage of supply for food manufacturers.

The USDA has released an informational compact disc for federal and
state agriculture vets. The move is designed to prevent the
intentional and unintentional introduction of animal diseases into
the nation's food production chain.

Country of origin - the debate continues

New legislation to tighten the 'origin of labelling' for food
products in the US continues to incite reactions with a coalition
of consumer and agricultural organisations this week claiming that
the United States Department...

US introduces organic labels - a blow for European exports?

New organic food labels regulated by the US Agriculture Department
which were launched this week have been welcomed by most US
producers as a useful marketing tool, but the move could shut out
many smaller European farmers from the...

The US Agriculture Department, trying to repair its image after the
second-largest recall in history, is considering new regulations
that would require meat companies to implement more food safety
safeguards, consumer groups said...

US moves to empower USDA

The US Agriculture Department, now investigating the second-largest
meat recall in history, would gain authority to issue civil fines
against companies that make unsafe food, under a bill introduced on
Thursday by three Democrats.

The US Agriculture Department is to speed up its food safety alerts
after 18 people fell ill from eating hamburgers produced by ConAgra
Beef.

New funding from the US Department of Agriculture for 2003 is
expected to include money for research into themeat industry,
reports Meat news.

Lax security and dilapidated federal laboratories that test animals
for deadly diseases like anthrax and mad cow disease are putting
the livestock industry at risk, US scientists and government
officials said this week

US to host series of food safety forums

The US Agriculture Department, which is seeking a record US$ 905
million (€1,024m) for food safety spending next year, will hold a
series of public meetings on ways to better protect the nation's
food supply, a top USDA official...

US consumer group, the Center for Science in the Public Interest
(CSPI) Consumer group, revealed this week that the turkey industry
does not appear to be controlling hazard as well as chicken and
ground beef companies.

Stricter conditions for fruit and veg exports to US

The USDA is proposing new regulations that would require
phytosanitary certificates to accompany all fruits and vegetables
brought into the U.S.

In the latest precautionary move against BSE, the USDA stated that
it is to amend the regulations to prohibit the importation of
certain animal materials and their derivatives.

U.S. meatpackers and processors next month must begin reporting
weekly export sales of fresh, chilled or frozen muscle cuts of
beef, such as roasts and steaks, to government officials.

The U.S. Department of Agriculture (USDA) announced on Friday a
move to lift the10-week-old ban on imports of animals and raw meat
products from European...