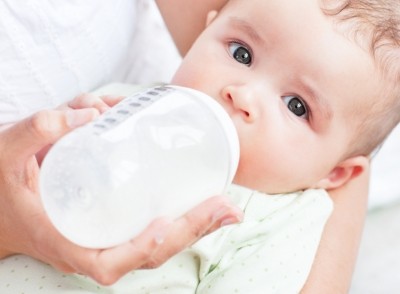 Fortified foods and supplements designed for infants could have significantly less – or more – actual vitamin D than the amounts labelled, however most products do fall within acceptable EU ranges, say Dutch researchers.

The call for better biomarkers to substantiate health claims is a bold and timely move, but we need to move away from trying to judge foods as pharmaceuticals.

To coin a phrase oft-used by winning athletes, Beijing was 'a good games’ for an increasingly mature dietary supplements industry.

An industry-led campaign to educate Congress staff about dietary
supplements in sports nutrition has kicked into action with the
first in a series of meetings with key personnel.

Legislative amendments being fast-tracked through the Canadian
parliament that place pharmaceutical controls on the dietary
supplements industry are raising alarm among industry.

Supplements for disease management and ensuring the integrity of
ingredients will be the focus of the forthcoming scientific
symposium organized by the Council for Responsible Nutrition (CRN).

Vitiva is introducing a new variant of its Inolens rosemary extract
aimed at boosting stability of carotenoids and other natural
colourings, without the need for synthetic preservatives.

The Internet is offering a wealth of information to more and more
people, but also an avenue for irresponsible businesses to exploit
consumer health concerns.

Sales of phytosterols in Europe are predicted to more than double
by 2012, but companies need to turn consumer awareness into
understanding and acceptance, says a new report from Frost and
Sullivan.

Scientific evidence says that consumption of soy from the diet or
as supplements should not cause alarm despite negative reports
about risks, a view that has been supported by a major US industry
group.

The Council for Responsible Nutrition (CRN) today submitted
comments to the Department of Health and Human Services and the
United States Department of Agriculture urging them to recognize
the importance of dietary supplements in...

Changing economic conditions in eastern Europe are boosting sales
and demand for vitamins and dietary supplements, offering major
opportunity for foreign entrants to the market and suppliers of
novel ingredients.

Archer Daniels Midland, the giant US agricultural products
processor, has extended its international alliance with
Nutraceutix, a manufacturer of controlled delivery technology for
the pharmaceutical industry.

Growing and steady interest in herbal supplements, particularly in
the US, is spurring demand for plant-derived chemicals. According
to a new report figures show that in the US growth is expected to
rise by 6.8 per cent annually in...

A wide range of dietary supplements sold in the UK have been
irradiated in breach of food regulations, a Food Standards Agency
survey has found. As a consequence companies with affected products
have been told to remove them from...

The American Senate is taking steps to ensure that dietary
supplements, like prescription drugs, would be covered by health
insurance plans.

ConsumerLab.com reported that about 50 per cent of US sleep aid
dietary supplements failed to live up to their claims.

The US Food and Drug Administration on Friday asked makers of
dietary supplements containing the herb comfrey to withdraw their
products due to the danger of liver damage and its possible role as
a cancer-causing agent.

US federal investigators this week called for much more stringent
regulation of dietary supplements, stating that current standards
and their enforcement...

Dietary supplements that reduce fat are inefficient, claims a new
study. Scientists at the University...