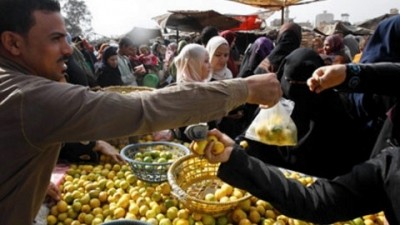 Egypt named one of ‘10 emerging markets of the future’

An influential new report has identified Egypt as one of the “10 emerging markets of the future” though its food industry is predicted to see a dramatic change in fortunes as part of an overall predicted slump in its primary industries over the next five... 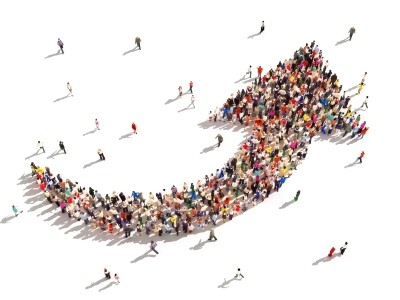 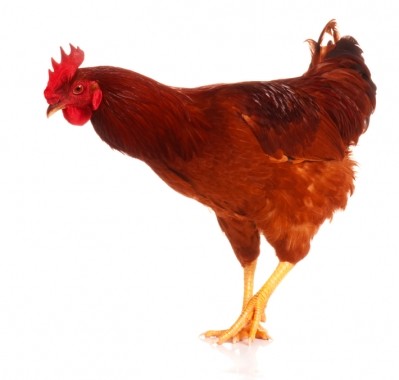 Egypt has made a U-turn on importing poultry after a backlash from domestic producers, as the government says cuts to the wheat production subsidy will not reduce production.

The German confectionery industry has expressed concern over the fluctuation in the price of its key raw ingredient, cocoa, as a result of speculation.

Frutarom has reported a rise in net profit of 6.3 per cent to US$10m in the third quarter of this year and pledged to continue its acquisition strategy.

Nestle expects to carry on seeing growth in earnings over 2009 despite the global recession, using its strong 2008 results as a springboard for growth.

The global economic crisis will yield rich pickings for food firms with a strong capital structure. So believes Frutarom, which has reported another quarter of impressive growth figures on the back of its most recent acquisitions splurge.

Frutarom on the look-out for acquisitions by end 2008

Frutarom is ready to start casting about for new acquisitions in the second half of 2008, after another strong quarter in which it reaped the benefits of the seven businesses it acquired in 2007.

Increased use of enzymes by brewers and demand for baking enzymes in emerging markets have helped Novozymes achieve impressive sales growth in its food division in the first half of 2008.

Tate & Lyle is expecting to report £11m less profit that
predicted for the year ended March 31, as a result of unfavourable
exchange rates against the US dollar, but is still expecting to
maintain levels seen in the first half.

Sensient Technologies Corporation is toasting an "outstanding" year
after revenue reached $300.9m - up more than 10 per cent from 2006.

Disposals and currency exchange rates pushed down full-year sales
at Nestlé, the world's biggest food producer, but the decline had
no impact on profitability, which grew by a healthy 8.1 per cent
during 2004. IN order to stay...

Recovery at Dutch retailer Ahold is still well on track, but the
impact of disposals, and the continuing decline of the US dollar
against the euro, pushed down the headline sales figure in 2004.
But with just a few more planned disposals...

Ahold's management remains stoically bullish about the Dutch
retailer's chances of recovering from the double whammy of fraud
and poor performance, but the company's latest set of results show
that the journey is likely...

French retailer Casino saw a slight downturn in growth in the
second quarter of the year, impacted by fewer shopping days and the
cost of revamping its convenience business. But a solid performance
from the discount business in France...

Givaudan holds onto number one slot

Singing the tune of many a food company operating globally today,
number one flavours and fragrance group Givaudan felt the squeeze
on the gross profit margin as the lower US dollar and sharp
increases in raw materials cut into the...

Like its larger compatriot Carrefour, French supermarket group
Casino
ended 2003 with sales slightly ahead of the previous year but
continued to suffer at the hands of adverse currency exchange
rates.

Carrefour,
Europe's biggest food retailing group, has continued to prove that
growth can be achieved by companies with a major international
spread despite ongoing currency exchange rate concerns.

German wholesale and retail giant Metro has ended 2003 with sales
growth at its expanding international business offsetting the
continued depression in its home market.

Ireland's food and drink industry had a good year in 2003, at least
on export markets. The latest data from Bord Bia, the Irish food
board, show that exports were 2 per cent higher in 2003 than the
previous year despite weaker...

Belgian retailer Delhaize is considering the sale of its stake in
Singapore's Stop N Save chain after receiving an offer from an
unnamed bidder. Could this be Delhaize's solution to the problem of
reducing its massive debt...

Carrefour, the world's number two retailer, has made no secret of
its ambitious expansion programme, and with new stores giving a
significant boost to third quarter sales, the company's strategy
cannot be faulted - especially...

Sales and profits at Jeronimo Martins continued to grow in the
first half, despite the weak economic conditions in Portugal and
Poland. The disposal of loss-making businesses appears to have paid
off, but the company is not completely...

Europe's biggest food retail group Carrefour has reported sales
growth of 1.3 per cent for the first half of 2003, even after the
impact of negative currency exchanges. Second quarter sales grew at
current rates for the first...

Metro, the German retail group, has reported sales growth in the
first six months of the year and is predicting further gains for
the full-year. Signs, perhaps, that the German recovery may be on
the way?

Oilseed giant Bunge reaped a strong second quarter with net income
more than tripling to $182 million (€158m), up from $50 million in
2002, boosted by the soy ingredients unit sale.

Higher raw material and energy costs, matched against a weak US
currency, sent sales for Swiss fine chemicals producer down 3.7 per
cent with operating profit plunging by 16.5 per cent.

Light at the end of the tunnel for Carrefour?

While currency translation continued to reduce sales growth at
Carrefour in the second quarter, the company posted its first
quarterly sales increase in six quarters last week. A sign that the
worst is now over for the group's...

Speciality chemicals company Cognis reports that it increased its
returns from sales in 2002, despite flat sales, a difficult
economic environment and the US dollar exchange-rate.

Beghin-Say - sales edge back up

French sugar company Beghin Say reported yesterday that sales for
2002 had edged back by just 1.8 per cent, amid the constant scope
of consolidation and exchange rates.

Casino suffers at the hand of currency devaluation

French retailer Casino saw its turnover for 2002 cut by 5 per cent
as a result of poor exchange rates, but nonetheless registered
growth of nearly 4 per cent.

The devaluation of the Brazilian and Argentine currencies has taken
its toll on full-year sales at French retailer Carrefour, but the
company has maintained its profit forecast as a result of steady
growth in sales at constant exchange...

Last year was a difficult one for Dutch retail group Ahold, at the
profit level at least, but the final sales figures for 2002 were
nonetheless encouraging. But with organic growth rates slowing
considerably compared to 2001, there...

Italian agro-energy conglomerate Montedison said on Tuesday it is
selling its 56-per cent in starch maker Cerestar to U.S.
agribusiness giant Cargill for 33 euros per share.