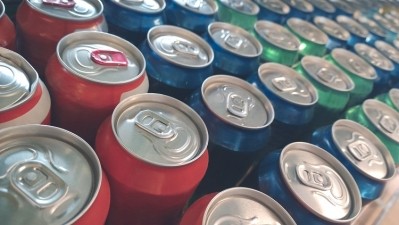 Consumption of carbohydrate-rich foods with a high glycaemic load could increase the risk of disease recurrence in people with colon cancer by up to 80%, warn researchers.

Isomers of conjugated linoleic acids (CLA) may stop the spread of
colon cancer, suggests a new study from Korea that adds important
new data to our understanding of the ingredient.

Curry and onion extracts could protect against colon cancer

Quercetin and curcumin, compounds found naturally in onions and
curry, could reduce the risk of colon cancer, suggests a small
clinical trial from the US.

Citrus fruits like oranges and grapefruits are known to be a rich
source of vitamin C but new evidence suggests they also contain
compounds that fight cancer.

A substance found in soybeans may reduce the risk of colon cancer,
the third most common form of cancer in the world. Soy
glucosylceramide has been found to be effective in reducing the
formation and growth of tumour cells in the...

Antioxidant properties of carotenoids are thought to be at least
partly responsible for the protective effects of fruits and
vegetables against colon cancer. But there is little known about
the antioxidant impact of carotenoid-rich...

New health claim for soy on the way?

The Food and Drug Administration (FDA) is reviewing a new petition
for a health claim that suggests the consumption of soy
protein-based foods may reduce the risk of certain types of cancer
including breast, prostate and colon cancer....

The female hormone estrogen has been shown for the first time to
potentially protect against colon cancer. The new research also
found that soy protein may help reduce the number and size of
tumors that do occur.

A diet consisting of a regular intake of leafy green vegetables,
such as broccoli and cabbage, can dramatically reduce the risk of
colon cancer, suggests a study by researchers at Liverpool
University in the UK.

Polyphenols come under the European microscope

In Europe, approximately 75 000 citizens die from colon cancer each
year which is a significant financial and social burden on Member
States. Recent studies have revealed a link between the preventive
effect of naturally occurring...

Colon cancer rates in the United States have been dropping in
recent years but these positive results are offset by an increase
in more inactive and overweight people, a new study reports.

Too much fibre harms the colon

Too much fibre may be not be good for us, warns a British cancer
researcher. When fibre ferments in the gut, it can increase your
risk of developing...

Polybind, a European project to investigate the benefits of
polyphenols on colon health has received funding under the Fifth
Framework Programme. The...