Natural pigments could be produced from fungus

Biosynthesized pigments from fungi could be used as a reliable source of natural colorants, according to a new review.

A study linking consumption of artificially sweetened beverages to an increased risk of preterm births has been dismissed by the sweetener industry as ‘misleading’ and ‘not plausible scientifically’.

The European Food Safety Authority has established a new, lower acceptable daily intake for the food colouring amaranth after re-evaluating the scientific evidence for its safety, a suggests that new specifications also be set.

The European Food Safety Authority (EFSA) has highlighted “reservations” about the safety of certain food flavouring substances, suggesting that further evaluation is needed to confirm that these do not harm human health.

What ‘natural’ means in food regulations

‘Natural’ has become a word consumers like to see on food product packages, while ‘clean label’ is an industry term to describe an E-number-free ingredients list. But exact definitions depend on who you are talking to, and what additive you are taking... 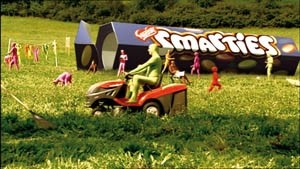 While shoppers’ enthusiasm for low-fat, low-sugar or low-calorie claims (‘minus’ claims) or added functional ingredients claims (‘plus’ claims) has waned; their interest in natural claims has continued to grow, according to Mintel.

With food manufacturers and retailers striving to strip down food ingredient labels to a bare minimum, FoodNavigator.com takes a look at how ingredient firms have stepped up their game to help meet the growing demand for clean label products.

Coca-Cola: consumers and regulators are out of sync on 'natural' claims

Regulatory definitions of 'natural' are not in line with consumer understanding of the term, a discrepancy that is causing big headaches for the food and drink industry, according to one senior executive at Coca-Cola.

Wild is rolling out a new tool for reducing sodium content in foods without impacting taste, which combines natural sea salt with its flavour modification technology.

The European Food Safety Authority (EFSA), in adoption of opinions on three further food colours used in bakery and confectionery products, has confirmed intake levels for one colour, halved the ADI for another and could not determine a risk assessment...

Spirulina, the blue colour from algae used in Nestlé’s Smarties, is one of 10 substances used to colour food that faces an uncertain future as its legal status is scrutinised.

Researchers in Finland have discovered lactic bacteria that naturally produce hydrocolloids in wheat bread using sourdough, and could be used to make additive-free products that meet taste and texture requirements.

An investigation into what the term ‘natural’ means for consumers has concluded that manufacturers wanting to position products as natural should use ingredients that have undergone physical rather than chemical processing, process less, and label chemical...

Natural carotenoids like zeaxanthin may extend the shelf-life of refrigerated sausages and allow formulators to remove artificial preservatives to tap consumer trends, says a new study.

Bakery formulators who use ingredients like glycerol or fats should exercise caution when using sucralose, suggests a new study from Canada.

Three judges will consider an appeal against a High Court ruling over the rights to call aspartame a “nasty” early next year.

Chocolate processors can boost their clean label and meet good for you indulgence trends with a new fresh fruit based ingredient range that is free from artificial additives, allergens and sugar and has a long shelf life, claims the Dutch supplier.

Colour ADI adjustments: What it means for industry

The new ADIs for three of the colours included in the Southampton study may mean restrictions on levels or the range of foods they are used in, says the UK’s FSA. Campaigners, meanwhile, are still calling for an outright ban.

The European Food Safety Authority has lowered the acceptable daily intake (ADI) for three of the notorious Southampton Six food colours, but none of the scientific reasons given are associated with hyperactivity.

Hydrosol has developed two new series of stabiliser solution for use in fermented dairy products, as starch is falling out of favour and clean labels are the order of the day.

EFSA has given the first indication of the data it sees as necessary for approval of new flavourings, under the new regulation and common authorisation procedure that came into force this year.

Symrise has reorganised its natural food colourings range and is now offering tailored advice to manufacturers that want to avoid artificial hues that will soon require off-putting warnings on labels.

Chr Hansen has developed a new natural white colour from calcium carbonate, which it claims is the first non-chemical alternative to titanium dioxide available to coated confectionery and chewing gum manufacturers.

Mane is launching a new range of vegetable flavours for culinary applications to cater to the growing trend for natural foods and the new legislation on the composition of flavours that can be called natural.

A verdict on the safety of the ‘Southampton six’ food colours is imminent after the EFSA confirmed its food additives panel is scheduled to discuss the review findings later this month.

Givaudan has developed a new range of flavour ingredients focusing on umami in order to allow manufacturers a clean label approach to flavour enhancement, the company says. 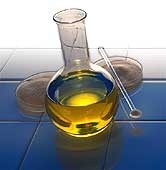