Asian countries that declare victory over avian influenza should
base such statements on in-depth investigations, FAO and the World
Organisation for Animal Health (OIE) urged in a joint statement
today. There have been fears that...

European food manufacturers starting to get to grips with incoming
rules on food allergen labelling in the EU block face similar
adjustments in the US as the Senate clears new allergen laws this
week, writes Lindsey Partos.

Countdown to new rules for the labelling of allergen ingredients
begins with national governments and stakeholders in Europe getting
to grips with the small print before enforcement next year. The
Scottish food watchdog updates the...

A new range of polyurethane resin-based floor systems that combines
an antimicrobial layer has been launched. Manufacturer John Lord
claims that this new innovation can help food manufacturers fight
against microbes that cause food...

Traceability has become a key concern in the meat processing
industry since the BSE outbreak in the UK in the 1990s, and more
recently the discovery of the disease in the US last year. A number
of diagnostic products have been developed...

The European Commission recently convened researchers, experts and
decision-makers from all over the world to discuss ways to increase
international cooperation in the battle to combat highly
transmissible animal diseases such as...

European scientists will meet today to decide the fate of a
genetically modified corn developed by US biotech giant Monsanto. A
positive outcome from the committee would end Europe's five year
ban on GM crops, attacked by a host...

The European Parliament adopted an own initiative report on 11
February, calling on the Commission to focus more on the
sustainability of agriculture in the Sixth and Seventh Framework
Programmes, and not technology for food production,...

In a bid to reassure the European Parliament after a recent study
alerted the world to levels of cancer-causing toxins present in
farmed salmon, Europe's head of consumer safety stressed to
politicians that Europe's food...

Food risk will be a defining issue of a 21st century marked by
globalisation and foodborne illness. Safety experts gathered at the
weekend in the US to examine new methods to minimise risk.

The food industry had its knuckles wrapped again this week, this
time by the UK's food watchdog that accused it of misleading the
consumer when using the terms 'fresh?and 'natural?on food labels.

The European Parliament has voted to create a European Centre for
Disease Prevention and Control (ECDC), following growing concern
over animal disease epidemics. "Outbreaks like SARS in 2003 and
bird flu this year have been a...

Parliamentary priorities for Europe include food and feed hygiene

The European Parliament will be dissolved in May, ahead of
elections in June, but before this happens, it will have to agree
on a number of key proposals : health and nutritional claims, food
and feed hygiene, and the creation of...

A wide range of organic or health food products on sale in the UK
contain traces of genetically modified (GM) ingredients, according
to a study due to be published in April, reports CORDIS.

It is common for pigs to wait in holding pens for at least 2 hours
after transport before slaughter to improve meat quality. Loading,
unloading, and travel stress can lead to lactic acid build up in
pigs' muscles, which can affect...

Sucralose opportunities open up for EU25

Long awaited rules on the use of the sweetener sucralose entered
into European law last week, ushering in new market opportunities
for suppliers of this zero calorie product.

Europe and the US will hammer out the contentious issue of obesity
and the role food policy can play in getting to grips with this
major health problem at a Transatlantic Consumer Dialogue (TACD) meeting in Brussels
today.

A previously unidentified protein on the surface of intestinal
cells has given US researchers clues on how to prevent infection
from the foodborne bacteria, Listeria monocytogenes.

According to USDA records, no BSE tests were carried out on
commercial cattle in Washington State in the first seven months of
2003. United
Press International under the Freedom of Information Act
obtained the USDA records...

Set back for GM maize decision

The European Commission has delayed the adoption of a proposal to
authorise imports of a GM sweetcorn onto European lands, opting to
bundle the issue with other GM points on the agenda of an upcoming
Commission meeting later this...

Calcium sulphate as a source of calcium, and the amino acid salts,
N-acetyl-L-cysteine and N-acetyl-L-methionine, may be included in
draft regulations amending the PARNUTS directive, which will allow
them to continue to be marketed...

Hope on the horizon

Hope is on the horizon over the battle against mad cow disease.
Research by North Carolina State University scientists, in
conjunction with scientists from the Netherlands and biotechnology
company BioResource International, has shown...

New E.coli tests on the cards

New tests that slice off the time taken to identify dangerous
strains of the harmful bacteria Escherichia coli are the
focus of new research from US government scientists.

A new food safety technique coming out of the UK that uses a virus
is set to win an exclusive worldwide licence. The move marks the
first step towards the commercialisation of the technique that can
'explode' deadly food-poisoning...

Controversial changes over two years ago to Europe's chocolate
rules - that had cocoa puritans and producers up in arms - came
into force in the summer, providing ingredients companies with a
raft of new opportunities. 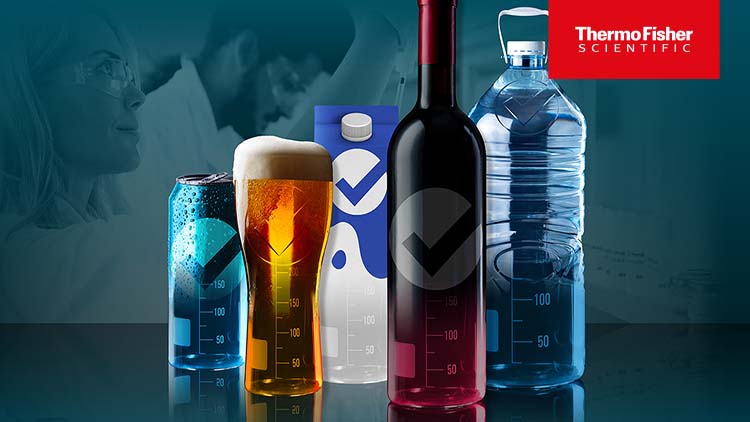 Your brand and customers depend on the strength of your microbiological analysis. So it is important to have complete confidence in your methods and laboratory...