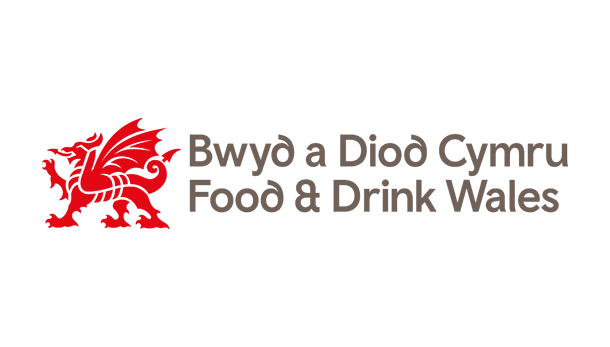 Wales has big plans for its food and drink industry. Having continued to attract leading global food manufacturers such as Boulder Brands and sustained companies such as Kellogg’s, AB Inbev and Unilever throughout the economic downturn, the industry in Wales generates more turnover and employs more people today than it did near the start of the recession. Now, with this platform in place, the government is embarking on ambitious plan to grow industry output by 30% by 2020.

The strategy, called ‘Towards Sustainable Growth – An Action Plan for the Food and Drinks Industry 2014-2020’, is underpinned by a belief that Wales has a mix of characteristics that are attractive to global manufacturers and local startups, alike. The mix, the key constituents of which are location, technical expertise and financial support, has a long track record of luring some of the biggest names in the food and drink industry to Wales, while simultaneously enabling local companies to grow into global players.

Global organizations with operations in Wales include AB Inbev, Sodexo, Unilever, Kellogg’s Company, Cadbury, Arla Foods, Nestle and Boulder Brands, which in 2013 picked a site in North Wales as the linchpin of its drive to capture the UK gluten free market. These household names work alongside local success stories, such as S.A. Brain and Brace’s Bakery. While many food companies have faced tough times over the past eight years, during which period the recession has hurt the industry,investors have retained sites in Wales and some, such as Boulder Brands and Brace’s Bakery, have expanded their operations.

The retention of these businesses has enabled the Welsh food and drink industry to grow steadily in recent years. The industry now accounts for around 20% of all employment in Wales, a figure that will be supported in the coming years as a significant number of students currently taking food and drink related courses in the country join the workforce. The new entrants will become part of an industry that has grown exports by 132% since 1999 and has committed to maintaining an upward trajectory over the coming years.

The Welsh government is supporting this upward trajectory through a variety of forms of financial support. Repayable Business Finance, for example, supports up to 45% of investment in capital expenditure or the capitalisation of salaries on the jobs created. The financing is non-repayable for international mobile projects if key targets are met.

Sector-specific initiatives include the Food Business Investment Scheme, a government program that supports capital investments in processing equipment. Small and medium-sized enterprises (SMEs) can receive grants covering up to 40% of their expenditure, while the proportion available for large companies potentially tops out at 20%. R&D projects can receive even greater support, with the government offering up to 70% to small companies involved in certain types of research. The Welsh government also provides incentives to encourage producers to explore domestic and international markets.

History shows these support packages translate into increased inward investment in the Welsh food and drink industry. Beneficiaries of the financial packages include Calbee UK, a regional subsidiary of the leading Japanese snack company of the same name. Calbee established itself in Wales with a £6.4 million investment in a manufacturing facility. With the government providing non-repayable finance support to Calbee, the Japanese company has escalated its ambitions, committing to a £10 million investment program that will create 108 full time jobs in Deeside Enterprise Zone.

The Government has created seven such designated Enterprise Zones where specific financial incentives are offered for new companies and business relocations. For example, the Welsh Business Rates Scheme could provide financial support for business rates liabilities incurred by small and medium-sized companies located in the Enterprise Zones, while the Enhanced Capital Allowances initiative enables eligible businesses to claim a 100% first year allowance for the capital cost of investment in plant and equipment made before 31 March 2020.

Wales’ pitch to food and drink manufacturers is about more than just money, though, as evidenced by the presence of leading global companies in parts of the country that are ineligible for regional aid. Notable examples include Kellogg’s, which works out of the non-finance assisted Welsh town of Wrexham. Kellogg’s, which has two major sites in Wales employing 1,000 people, picked the location, in part, on the strength of its flexible workforce and transport links. Located near to the north west of England, nearly 3 million working-age people live within a 45-minute drive of Wrexham.

In the south, Cardiff and Swansea both have catchment areas with more than 1 million workers. All three can boast of good transport links to major cities in England, notably London and Manchester, and Cardiff and Wrexham are close to international airports. South Wales also has seaports at Barry, Cardiff, Newport, Port Talbot and Swansea, all of which take goods to and from mainland Europe and beyond. The multi-unit load facility and on-site cold storage at Cardiff seaport make it particularly well equipped to meet the needs of the food industry.

The location-based argument in favour of situating food and drink operations in Wales goes beyond the country’s links to the rest of the world. Resources found within Wales are equally important. At the last count, Wales had 59 UK Food Standards Agency-approved red meat processing sites and 273,600 dairy cows. These raw materials networks benefit from their own support infrastructure, such as Meat Promotion Wales and the Dairy Development Centre. Organic farming and general horticulture are also supported through their own dedicated organizations.

Manufacturers ultimately benefit from these support networks and the raw material supply chains they foster, according to Jonathan Hogg, Site Manager, Volac International. “Volac moved to Wales to gain access to a local supply of liquid dairy ingredients and to utilise existing dairy processing infrastructure and expertise,” Hogg said. “We now have two sites in Wales with a number of local suppliers, which has had a positive impact on our overall supply-chain running costs, and a thriving and leading dairy manufacturing operation adding value to Welsh milk.”

While benefiting indirectly from the support offered to their raw material suppliers, manufacturers also receive direct assistance from Welsh initiatives. The Welsh Food Innovation Centres form the centerpiece of the non-financial support. From the Food Technology Centre in north Wales, the Food Centre Wales to the west and Cardiff Metropolitan University’s Food Industry Centre companies can access help with new product development, process design, labelling and a host of other tasks. The centres can support a company from concept through to commercialisation. Companies are taking the centres up on the offer. In 2012-13, the ex-industry food professionals and academics that staff the centres created 316 new products for commercial companies.

Wales also runs clusters focused on nutrition foods, fine foods, seafood and fast-growing businesses, each of which was set up to meet industry needs. Officials have met industry needs in other ways, too. After a survey of 2,000 businesses identified gaps in the labour market, Wales reinforced its training initiatives to improve the workforce. Industry experts are now assigned to work with employers to create training agendas that deliver the skills firms need, while also subsidising education programmes and running campaigns to make the industry more attractive to workers. Academic centres are engaged in the campaign. The Kellogg’s sites in Wrexham, for example, work with College Cambria on a bespoke package that delivers the core technical skills they require.

The economic future of Wales is tied, to an unusually large degree, to the success of these training initiatives. Across the UK, 13% of workers are employed in the agri-food. In Wales, the figure is 20%. If Wales is to prosper, it needs policies that meet the needs of these 20% of people and the firms at which they are employed.

As such, the food and drink industry has a particularly prominent position in discussions about the labour market, economics and other topics relating to the financial future of Wales. This prominent position is reflected in the myriad of ways the Welsh government has sought to support the food and drink industry in recent years, just some of which have been outlined in this article.

In later articles in this series, we will take a deeper, broader look at the ways in which the Welsh government is supporting the food and drink industry, both within the country and overseas.