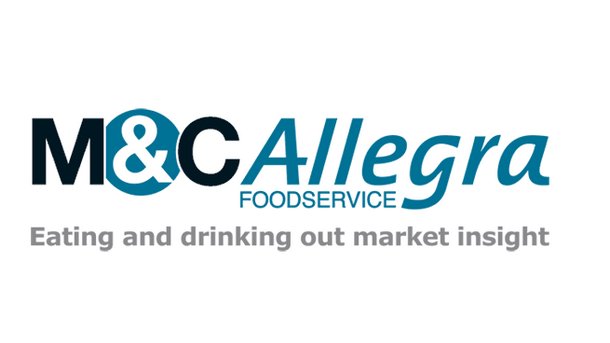 Outpacing GDP (Gross Domestic Product), and considerably outperforming the retail food grocery market, consumers in the UK continue to increase their eating out participation and frequency.

Whilst the traditional licensed sector of hotels, pubs and restaurants account for the lions’ share of that market, some of the most significant growth is coming from consumers need for convenient food to go, and from the continued growth in coffee shops.

Achieving around 3% growth is not easy, despite consumers increasing their propensity to eat out, as their behaviours are changing, and the market is evolving. The UK pub market is still declining in terms of numbers of sites, and we expect there to be 1,000 less pubs in the UK this time next year, however M&C Allegra is forecasting a growth in value terms within the pub sector, as pubs improve their offer and concentrate on delivering both a stronger food offer and an improved environment.

Consumers have more disposable money in their pockets as the economy improves, and as inflation remains really low, so they do have more ability to increase their eating out frequencies, but they are becoming more demanding and their value expectations are increasing.

M&C Allegra’s latest data from the Eating Out Panel, which surveys 6,000 nationally representative consumers each month, shows that frequency of eating out at breakfast is now as often as eating out at dinner, with around 2.6 meals per month on average, whilst lunch frequency is still the highest meal occasion with 4.8 meals per month per consumer; this is the highest level of frequency at lunch that we have seen for several years. The growth in breakfast as a meal occasion is being fuelled by consumers wanting greater convenience, but also by a greater number of operators providing it, helping to utilise dead space, especially in Pubs.

There is a challenge however for the industry, because average spend per occasion is under pressure; this is a direct result of consumers frequency increasing, and spending slightly less each time, but also as a legacy from the recession, highlighting the fact that consumers now expect more for less. This is also a result of brands expanding, providing an alternative to independent operators, certainly within the restaurant sector, where consumers are placing their hard-earned money in the safe hands of a branded operation where they trust the overall experience. Brands are able to deliver against this expectation through cost management, menu development and investment into the environment.

In 2014, the M&C Allegra Eating Out in the UK Report had a key message of ‘The eating out seesaw is tipping towards WOW foods, and away from WORTHY foods’ which was a direct correlation of consumers attitudes towards healthier eating reducing in importance, and an increase in new cuisines and experiences desired. In 2015, when analysing the latest research this trend of reduced importance of healthier eating had continued. We believe that this is a result of consumers better managing the debit/credit approach to eating, and were having a superfood salad at lunch, so that they could have a ‘dirty burger’ in the evening.

One of the most significant changes in the UK market is the potential resurgence of pubs, despite the reduction in the overall number of outlets; pubs have suffered since the recession and the smoking ban, and the subsequent change in consumer usage of pubs, where a drink-focussed site was no longer desired. The growth of coffee shops had provided a ‘third place’ between home and work, which used to be the territory of a pub, so pubs lost their focus and their purpose.

M&C Allegra believes that this is starting to turn around, as pubs re-invent their mojo, and create a hybrid space that better meets consumers’ needs for a third place, delivering a more pleasant environment that is open all day. Pubs have now embraced the coffee culture, with many pub chains creating their own coffee brand, such as Brewer & Bean from St Austell brewery, or Brewer St from Fullers. Consumers are now happy to go to a pub just for a coffee in the morning.

Within the restaurant sector, M&C Allegra has described the key trend as ‘Premiumised Informality driven by Food Pleasure Seekers’ as we witness the growth of Street Food and Fine Dining both move towards providing great quality food in an informal manner. The demand from consumers to eat more casually has been growing over the past few years, but this has not necessarily been in a premiumised way, whereas now we see a far better standard of food being sought after. Consumers have become ‘Food Pleasure Seekers’ as they learn more about food, and as experience different cultures and cuisines, but also because of the continued rise of celebrity chefs and cookery programmes on the television. Street Food in particular has grown spectacularly because it enables consumers to engage directly with artisan producers and see food being produced right in front of them.

Many established operators are now moving more towards this idea of ‘Premiumised Informality’ including the traditional fast food chains; KFC’s new style of store and their new expanded menu is a great example of this as they have embraced the design trend of an artisan craft coffee shop, whilst serving pulled pork and burritos. This has helped them maintain growth and pulls them closer towards the branded casual dining chains.

However, whilst branded restaurant chains are growing at a fast pace, it is not all plain sailing; there are brands that have fallen behind, such as Strada or Café Rouge, and consumers expectations are rising all the time as they experience a wider range of cuisines and flavours. It is imperative that brands keep pace with trends, and keep pushing for better quality, consistency and value in order to meet consumer’s demands. This can be summed up neatly in the statement that ‘There can be no casual approach to casual dining’.